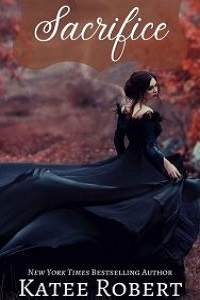 I don’t want to be here.

Rain slashes my face, the wind turning my long hair into whips. I feel like I’ve been walking for hours, but I suspect in the light of day I’ll discover it’s a mere half mile from the tall iron gate to the front steps of the house looming in front of me. It looks like something out of a gothic novel, towering peaks and narrow windows, all dark and vaguely faded as if it’s stood on this hill for time unknowing.

Probably because it has.

I readjust my grip on my suitcase and march up the steps. There’s no point in turning and running as far and fast as I can. I already tried that and it got me a brand new scar on my knee and a limp that made the hike up here agonizing. The only reason my father healed me the little bit that he did was to keep me from being fully damaged goods. The man in this house won’t care about a few scars. He’s interested in what lurks beneath my skin.

I don’t knock. The vampire in this house knows I’m coming. There’s no point in playing the courteous guest or pretending I want this. I make it three steps inside before the door slams shut behind me, sealing off the roar of the storm and leaving only eerie silence in its wake. I glance over my shoulder, but I don’t expect to see anything.

Vampires move faster than the human eye can see. And while I’m only fifty percent human, I’m tainted by that lineage enough to not be able to see more than a blur of movement. Another way I’m seen as damaged goods. At least if I had full vampire reflexes and strength, it might make up for my lack of magic. As it is, I’m barely better than a human. Barely better than prey.

The knowledge sticks in my throat, preventing a shriek of surprise when I turn around and find a man looming close. No, not a man. A vampire. It’s there in his pale skin, the barest hint of fang pressing against his bottom lip. It’s the slightest loss of control, and it makes me wonder how long it’s been since the last sacrificial lamb was sent to this house.

He’s gorgeous in the way all vampires are, flawless beauty and hidden strength. This one has dark brown hair that falls in a sleek wave to his shoulders, fathomless dark eyes, and a muscular body slightly too thin for his frame. He holds himself stiller than any human ever could. “I apologize.”

I blink. Of all the things I expected him to say, that didn’t number among them. “What?”

It’s not a question, and I can’t quite stifle the flinch at my father’s name. At the reminder of who I can blame for my current circumstances. “Yes.”

Now his stillness makes sense. He’s barely preventing himself from attacking me. My heartbeat kicks up, and I can see well enough in the dark to note how his nose flares as he inhales my scent. I’m running out of time. I want to stay silent, but there’s no point. Despite my best efforts, my voice wobbles a little with nerves. “He gave me to you.”

“After—” This time I can’t stop the shriek of surprise. One blink he’s a few feet away, and the next he hits me with the force of a runaway truck. He still manages to control our fall so I don’t bash my head on the marble floor, but I don’t have a chance to appreciate the consideration. Not when he surges forward and bites my neck.

“Fuck!” My curse turns into a breathy moan. I knew to expect this, but being lectured on the pleasure of a bloodline vampire’s bite does nothing to translate how good it feels. It’s as if every pull of his mouth is connected directly to my clit, pulsing through my body and turning my resistance liquid. I don’t want to want this, but my body doesn’t care. I arch against him, reaching up to pull him closer to me.

One of his hands is in my hair, using the leverage to keep my neck bared to him, and the other snakes around to press against the small of my back, urging me closer to him. As if I wasn’t already straining against him.

I have the distant horrified thought that I’m going to come if he doesn’t stop. “Wait!”

“I’m sorry.” I feel more than hear his murmur. His tongue strokes my neck and then he moves to the other side. “I can’t stop.”

He bites me again and I whimper. Fuck, that feels good. My dress is tangled up around my hips and I wrap my legs around his waist, arching closer. I can feel my blood warming his cool body, and evidence of his bite is already hardening against me. He rolls his hips and growls against my skin, but he doesn’t move his hands from their spots. He doesn’t touch me like I’m suddenly desperate for him to do.