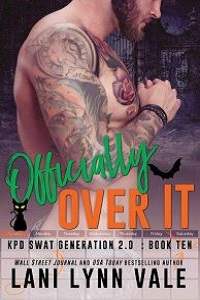 The day before college graduation

“I need you to make a pact with me,” I said as I stared at the woman that was hell-bent on ruining me.

The same woman that I never could quite pull myself away from. Could never quite pull all the claws out of my skin before she sank yet another one in deeper.

“What?” Reggie asked, just as drunk as I was.

She was also not the woman that was hell-bent on ruining me.

That woman happened to be the one that was crying about her life on Facebook. About how she had cancer and was about to go through multiple rounds of chemo and radiation that might or might not help her.

“Don’t let her fuck me over. I will fall for those big tears just like I always do and I know that I’ll lose,” I murmured, glancing one more time at the text message that I’d received from Eerie, my own personal hell, and shoved it into my pocket.

I looked around at the bright sparkling lights that Las Vegas had to offer.

“And how do you propose that I do that?” Reggie snorted. “You have a toxic relationship with her. Just walk away.”

I looked down at the paperwork in my hand that the toxic woman had given me the night before and shook my head. “It’s not that easy, Reg.”

Reggie rolled her eyes. “Listen, I have a solution. But you’re not going to like it.”

Reggie and I had never gotten along. But, despite the fact that we hadn’t, I knew one thing forever and always—she would have my back. No matter what.

Which was the entire point of having this conversation.

Though, maybe if I’d known what she was going to offer, I would’ve maybe suggested she think of something else.

My drunk brain wasn’t firing on all cylinders, though, and I’d never really been able to tell Reggie no.

“We get a lawyer,” my father suggested. “And you fight her.”

I groaned and rubbed my hands against my face as I tried to make sense of all of this.

“Start over.” My mom pinched the bridge of her nose. “Why did you do this?”

I looked over at Reggie who’d been remarkably quiet through all of this.

“I didn’t know what to say,” I admitted. “She had these fucking tears. You know how I am with the tears.”

When Eerie had come to me two years ago and asked me to fertilize her eggs because she had cancer and had to undergo chemo, I’d done it.

Thinking back, I probably should’ve stayed far, far away. Because I knew that that wasn’t the end for Eerie. She could’ve just as easily done the same thing with a sperm bank.

Yet, I’d done it anyway.

At the time, Eerie hadn’t done me wrong time after time as she had over the years. At the time, I was a lovesick fool.

I loved Eerie, and I’d do anything for her. Even fertilize her eggs and freeze them for when the time came that she wanted to have babies.

The chemo and radiation that she was required to have due to the cancer was sure to harm all of the eggs that were in her body. The eggs that the company harvested for her said that the eggs would do better if they were fertilized, and at the time, Eerie and I had been going strong. I’d loved her and I’d thought that she loved me.

“Mark my words, kid. This is going to come back and bite you in the ass.”

I was already shaking my head.

“It’s not,” I said. “When her lawyer called me today, I already told them that there was an ironclad agreement with the cryo-bank that we did this with. She can’t use them. It’s against the law.”

Reggie snorted. “Since when has that ever stopped Eerie Foster?”

Since when was right.

But Eerie had some morals. She wouldn’t do this without making sure it was okay with me.

The difference between your opinion and coffee is that I asked for coffee.

I looked over at the woman that was standing next to her daughter’s bedside and smiled.

“I am,” I confirmed. “Well, kind of? I do it as a hobby on the side. This.” I gestured to the room around us. The NICU. “This is my passion. The other gig is just a thing that I like to do in my spare time. A way to, I don’t know, have fun without actually having to go out and attend the functions?”

The woman smiled at my explanation.

“When did you start doing this?”

That was a question from the man standing beside the woman.

I wasn’t sure why every time I looked at him I felt the need to confess all my sins, but I guess that was common when faced with who I was facing.