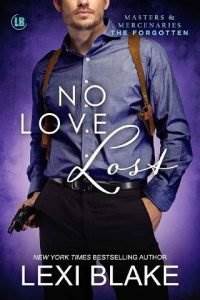 Kimberly Solomon stood outside the door that led to the tidy offices of MI6 and wished she was back in DC. Something was wrong. She could feel it in her gut, the deep instinct of a long-term operative who’d seen an op go south more than once.

She couldn’t go back to the States because she was weak, because she’d always been weak in one specific part of her life. If she’d had a lick of sense she never would have gotten involved in this op, but no, she was the idiot who offered herself up. A masochist. That’s what she was.

But then maybe Beck was a sadist deep down, and wasn’t she interested in seeing how hanging around a bunch of Doms had changed him? He’d been alpha in bed before, in every part of their life, really, but how had studying at clubs, under Ian Taggart and Damon Knight, transformed him?

She needed to let go of that thought because she wasn’t welcome in those clubs. Neither of those men trusted her as far as they could throw her, and she couldn’t even blame them. She’d had a job to do, and it hadn’t always been to their betterment. She’d shared what information she could, protected them as much as she was able, but in the end she would always be the bad guy for Beckett Kent and the men he worked with. She was Agency, after all.

Once Beck had been Agency, too. Once he’d understood what it meant to be an operative, to have to make the hard calls.

Now she worried that she wouldn’t even be able to protect them at all.

She stared at the door in front of her and thought seriously about walking away. Just walking away from all of it. Maybe it was time.

The cell in her hand buzzed and she was thrilled to have a reason to put off making that decision. She’d watched her ex-husband walk through with Damon Knight mere moments before and had stood there, trying to figure out why she couldn’t simply walk away.

Because you love him. Because you’ve always loved him, and you won’t ever love another man the way you love Beck.

Because you betrayed him, and he won’t ever love you back again.

She slid her finger across the screen to accept the call.

“Are you actually going to go in or are you simply going to stand around? You know they usually frown on that here,” a familiar feminine voice said. “If you’re going to have to deal with MI6 and the Agency, at least let me buy you lunch.”

She loved the sound of that lady’s voice. Ariel Adisa. Once she’d been the baddest assassin to ever work for an intelligence agency. She’d also been one of the few people on the planet Solo could call friend. Then she’d hung up her guns and used her brain for good, and ended up all married and happy and working for the very man who’d so recently walked into that conference room with Beck. She looked around, trying to figure out where Ari was hiding. “You’re here? I thought you were spending a couple of weeks in Wyoming. Did the big family reunion go bad?”