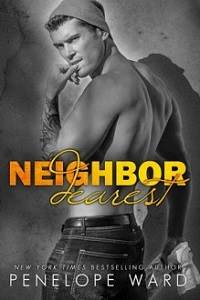 When his car pulled up outside of our apartment, my stomach sank. I just knew. The past several weeks had felt like a storm was slowly brewing. Don’t ask me how, but for some reason, my heart sensed tonight was the night it was going to get shattered into a million pieces.

It had been slowly breaking anyway.

Elec hadn’t been the same since returning from his father’s funeral in Boston several weeks ago. Something changed him. He’d made every excuse in the book not to sleep with me. That’s right. My boyfriend—love of my life—with the voracious sexual appetite suddenly just stopped wanting me. It was like a switch had gone off inside of him. That was my first clue, but there were several other signs that the guy I’d thought was my soulmate had somehow fallen out of love with me.

Since returning, he’d spend his nights writing like a maniac instead of coming to bed—anything to avoid me. His kisses, which used to be filled with passion, were now merely tender, sometimes chaste.

While I knew what was happening, I hadn’t a clue how or why it had happened. I’d believed he loved me. I’d felt it for so long. It was genuine. So, how could things just change so fast?

The door slowly creaked open. My body stiffened as I sat up on the edge of the bed bracing for the worst.

Elec took off his glasses, placing them on the desk. He then slowly and nervously slipped his hands into his pockets. I doubted I’d ever feel those hands caress my body again. His eyes were red. Had he been crying in the car? Then came the words that started the unraveling of any trust I’d had in my own judgment.

“Chelsea, please just know I tried everything I could not to hurt you.”

The rest was all jumbled, masked by the enormity of the pain and sadness building in my chest and numbing my brain.

I didn’t know how I was going to ever recover from this hurt, how I was ever going to trust in love again. Because I truly believed he loved me. I believed love was indestructible.

My little sister is such a drama queen. Literally. Jade is an actress on Broadway.

She clapped her hands together, applauding the students who’d just bravely put themselves out there to try out for Joseph and the Amazing Technicolor Dreamcoat. “You all did such a great job today! Tomorrow we cast the roles and start our first rehearsal. This is gonna be epic!”

Jade had come out to the Bay Area to visit our family for the week and offered to volunteer at the youth center where I worked. Since there wasn’t enough time to produce an entire play, Jade decided to direct the kids in one key scene from the musical that would be performed later in the week.

I loved my job as director of the arts at the Mission Youth Center. It was just about the only thing going right in my life. The only downside was the fact that these walls were haunted by memories of my ex, Elec, who used to be a youth counselor here. That was how we met. He’d loved his job, too, until he quit so that he could move to New York after we broke up. He moved to be with her. I shook my head to shoo away thoughts of him and Greta.

Jade grabbed her purse. “I need to go back to your place to use the bathroom and have a quick bite.”

I’d just moved into a new apartment that was only a few blocks away from my job. The lease had finally run out on the place I’d been renting with Elec across town. Even though my ex sent me his half of the rent for the remainder of our lease after he’d moved out, I couldn’t wait to vacate that place; every corner of it reminded me of him and of the miserable months that followed our break up.

My place was right in the south central section of the Mission District. I loved the culture in my new neighborhood. Produce bins and a variety of cafes lined the streets. It was also a mecca for Latin culture, which was great, except for the fact that it reminded me of Elec, who was half Ecuadorian. Little reminders of the guy who broke my heart were everywhere.

Jade and I strolled down the sidewalk, stopping at a fruit stand so that she could buy some papayas for an afternoon smoothie she planned to make back at my apartment. We also ended up getting two coffees to go.

I bent back the opening on my coffee lid as we walked. “So, little sis, I never thought we would be in the same predicament at the same time.”