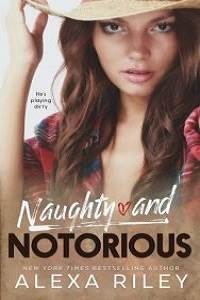 “Is there something I can help you find, Kitty?” I look back at Jackson, who’s standing behind the register at the feed store.

I try not to cringe because I hate when anyone calls me Kitty…except Judge. The way it rolls off his tongue in his deep Southern drawl has my stomach fluttering.

Jackson gives me a big smile as his eyes roam down my body and back up. He lingers on my breasts, and it makes me feel gross. Jackson was a couple of grades ahead of me in school, but he didn’t pay me a lick of attention like he is right now. I think my dress might be a bit too snug.

“Y’all hiring?” I ask as I step away from the cat supplies I was mooning over. I asked for a kitten for my birthday, and once again I didn’t get it. I actually didn't get anything from my parents, but that’s pretty typical. Mom did manage to bake a cake with me but couldn’t let me get through it without her telling me I was doing it wrong. I didn’t listen because she’s a horrible cook.

Mom brought me to town with her while she went to run some errands. I’ve been roaming around with nothing to do, but this is the story of my life. I’ve got to figure out what I’m going to do now that high school is over and I’m eighteen. If this is all I have, I’ll go insane.

At least I got to spend most of my birthday yesterday with Dotty. Mom and Dad were pissy when she took off, but now that she’s with Clay and he’s saving their farm, they are over the moon about it. And there hasn’t been another word about Judge since. The man who graces my dreams every night, whether I want him there or not, has gone silent.

I still don’t understand how my parents mixed up that he was asking for my hand in marriage and not my sister’s. When I found out about the arranged marriage between him and Dotty, it was like a knife to my chest. For as long as I can remember I’ve had a crush on him even though he never paid me any attention.

For months I had to pretend it didn't bother me that my sister was going to marry Judge and that my heart didn't ache every time I saw that wedding ring on her finger. I forced a smile when I felt like I was dying inside. She wasn’t excited about the arranged marriage either, but I never let her know how I felt about Judge. I didn’t want her to feel worse about the situation at the time.

Then Judge showed up at Clay’s, demanding they hand me over to him, and it was one of the hottest things I’d ever seen. We were so confused at first until we figured out he’d never asked for my sister’s hand and it had been me the whole time. I stood there in shock and then started to get mad about the months of heartache I’d been through. But when I didn't fall in quick enough, Judge threatened me, and it only made me want to rebel.

I might have stolen his car and possibly side swiped a few others in the process. He demanded I marry him or he was calling the sheriff. When he didn’t follow through with the threat, he got back in his truck, and I haven’t seen or heard a peep from him since.

“I could use some extra hands around here.” Jackson’s smile grows wider as I walk back to the front of the store.

“You got an application or something?” If I could get a job I might be able to save enough to move out from my parents’ house. I really hadn’t thought much about what I was going to do after I graduated high school. The only thing I really love to do is bake. I should see if Trudy is hiring over at the Sweet Spot. I think I could handle two jobs if it got me out of my parents’ place faster.

I might have to take my sister up on the offer to come stay with her and her new man. I would have said yes immediately, but they’re planning a wedding and are still in the honeymoon phase. I don’t want to intrude on their special time. My older sister Dotty has spent her whole life always doing what she thinks is best for me, and it’s time I did the same for her.

“I know you, Kitty. You don’t need to fill out an application.” He does, however, slide a notepad over toward me. “I could use your number though.” I pick up the pen and scribble down my number for him.