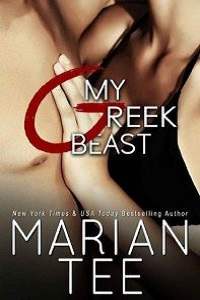 You Got Me by Colbie Caillat

BBFs. It was a term coined by the media in reference to a group of young half-Greek scions, with each and every one of them blessed with devastating good looks, powerful sexual appeal, and – most importantly of all – trust funds worth billions of dollars.

Over the years, the men making up the BBFs had either gotten engaged or married. Derek Christopoulos, heir to a political dynasty, had been the first one to walk down the aisle. The blue-eyed Christakos twins, Nick and Jason, shortly followed with almost back-to-back engagements, and most recently the Prince of Darkness himself, Reid Chalkias, had fallen victim to Cupid’s arrow.

“And now it’s just down to two,” the female host of the Facebook Live documentary ended with a sigh. “There’s Nathan Callis, arguably the most successful male supermodel the world will ever come to know, and last but not the least, there’s Christien di Luca, our beloved half-French, half-Greek party boy who’s credited for single-handedly reversing his family’s fortunes.”

The host shook her head morosely. “It only seemed like yesterday when we had all six eligible and available for one-night stands. Then all of a sudden---” The woman snapped her fingers for emphasis. “Only two of them are left, and I don’t know about you girls, but in my book that makes them an endangered species. We need to be vigilant. We mustn’t give them an opportunity to fall in love so we can all continue hoping that we’re the next notches on their bedposts. We need to build our own version of that foundation with the panda logo – shit, I forgot what it’s called. Maybe WWE?”

The host’s gaze veered towards the right, and she nodded. “Right, sorry, that’s the wrestling thing. What I actually meant was the WWF. We need to make our own WWF – which should stand for, umm, Wicked Women’s Federation? Yes, that’s it. We need to establish the WWF so we can keep them safe from selfish, predatory women wanting to drag them down the aisle. We can’t let them be domesticated. They need to remain wild and free.”

An audio recording of thunderous applause followed the host’s words.

“Endangered species like the last single members of BBFs must be protected at all costs. So let that be our battle cry, yeah?”

As Christien di Luca, one member of the said “endangered species,” switched the monitor off, the other men inside the nightclub’s VVIP room started coughing.

Nathan Callis rolled his eyes. “Just fucking laugh if you want to.”

Derek Christopoulos said right away, “Yeah. I fucking want to.” And as he threw his head back and laughed, the Christakos twins soon followed suit, with Nick and Jason doubling over in uncontrolled mirth.

Reid Chalkias, who shared the couch with the so-called endangered species of BBFs, pounded the backs of his friends, saying with sham solemnity, “I’ll do my part. I’ll provide you two with additional security so that your endangered species status remains unencumbered by any kind of commitment.”

Christien winced at the repeated use of the term, which he was beginning to hate. He and his friends had been called all kinds of weird shit, but he still hadn’t seen that one coming.

“I’m not sure what’s worse to be honest,” Nick said wryly. “Remember how much shit we had to handle the first time we were called BBFs?”

Derek grimaced. “Like anyone could forget.” At that time, Paris Hilton and Nicole Richie had been at the peak of their popularity. The two reality TV stars had referred to each other as BFFs or best friends forever, and it was eventually what inspired a couple of wise-cracking paparazzi to modify the term and refer to Derek and his friends as ‘BBFs.’

“We got into a lot of fights the first few months, didn’t we?” Jason absently cracked his knuckles as he spoke.

“I never thought it would grow on us, but it did,” Reid acknowledged.

“I don’t think I can say the same about this new term, though.” Christien’s lip curled in a rare display of aristocratic dislike.

When Nathan only shrugged, Reid drawled, “Wait until he’s fallen in love. Endangered species or not, I’m betting he’s no different from any of us. They’re still going to act like idiots and assholes because they won’t be able to help---”

The sound of a choked sob coming from the hallway outside cut Reid off, and the six men looked at each other.

“You guys heard that, too?” Derek asked with a frown.

Instead of answering, Christien reached for the remote control on the center table. With one click of a button, the blinds slowly retreated from view. As with all VVIP rooms in the nightclub, the windows were tinted one-way, allowing its occupants to look without being seen.