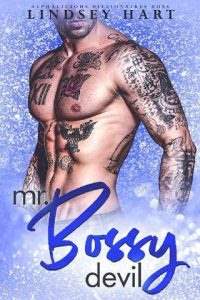 There are numerous things I detest in life, but there are three and a half things that really do it for me. The kind that’s like stubbing your precious little baby toe against a hard object in the middle of the night.

How does one hate three and a half things? Well, the half is eggs. I like them half of the time. The other half of the time, they are an abomination that should be wiped off the earth for all I care. Especially. Eggs. With. Runny. Yolks. Might as well just crack the thing straight onto a plate and serve it up. Hard. Pass.

The other two things I absolutely cannot stand under any circumstances are fake people and pizza. Why pizza? Because there have been at least six times when I’ve eaten it and barfed soon after, and now, it evokes such disgust in me that I can’t even look at the damn stuff without my stomach wanting to eject all its contents.

The third thing took me by surprise. I actually just learned today, on seeing the newest addition to my tech empire, that there is one thing worse than eggs, pizza, and fake people.

That third, magically shitty element comes in the form of one Zoe Scarlet Anderson, age thirty. My ex-stepsister.

Yes, it is possible to have an ex-stepsister. First of all, it requires two people, namely my mom and her dad, who are completely toxic when it comes to relationships and each other. Mash them together for four years, add in a marriage which is pretty much shit in its own right, and then toss in a hint of a divorce from fucking hell (yes, fucking hell is worse than regular hell), and voila. There you have it.

I haven’t seen Zoe since I was fourteen and she was twelve. At the risk of sounding like a huge asshole, and probably a few other things, I’ll just say she was the geekiest duck in the pond. But long story short, she’s changed. A lot. Those eighteen years have been kind to her. She was always a tomboy back then, trying hard to prove that anything the boys could do, she could do, and do better. Now she has boobs and a tight butt. Sans braces and glasses, it’s easy to see why the entire boardroom, even some of the women, are currently salivating at her as she walks past the glass windows with her head held high like a fucking goddess, a scowl on her face like she’s ready to go to war. And no, it doesn’t detract from her beauty whatsoever.

There’s this shitty part about takeovers that I prefer to do myself. Like, show up in person in a company that just sold out to me, assure people that they won’t lose their jobs, and it isn’t the end of the world. Change is good. Rebranding is good. It’s all good.

Except, in this case, it’s not all fucking good.

This case is the worst-case scenario.

I had no idea Zoe Anderson worked for the small software development company I just added to my inventory. No. Fucking. Idea. That is, right until she rounded the corner all of ten seconds ago and started a walk past the boardroom, which happens to be lined up with floor to ceiling clear glass. She started at one end of the hall, and now, half a minute later, she’s reaching for the door. The testosterone in the room, which is admittedly mostly full of men—something I plan on changing—just ratcheted up somewhere near the level of disgustingly unbearable. I think the two women in the room might even be giving off a little bit of it, because yes, Zoe Anderson has turned into someone who is just that hot.

She’s wearing the classic SILF (which is secretary I’d like to fuck) combo—a white blouse that is almost sheer enough to see her lace bra, a tight black pencil skirt, towering black heels, and a regal bearing that says she knows she looks killer in it. She’s not tall; she’s probably only around 5’6”, but those heels highlight her sleek yet toned legs, and her ass could make a grown man weep. Her breasts are generous, and they fill out her blouse well, but it’s her face that is truly striking. Somewhere in those eighteen years, she morphed into something most definitely not tomboyish.

Her green eyes, which used to be hidden away behind the world’s thickest, biggest, and ugliest glasses, flash when she pushes the door open and walks into the room. Her teeth, now straight and pearly white, grace everyone with a genuine smile.