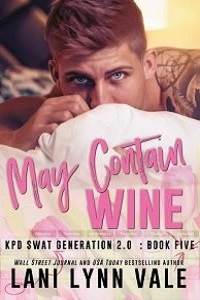 Chubby, single, and ready for a Pringle.

“I think we should break up.”

I blinked, unsure whether or not I’d heard those words correctly.

Honestly, I knew they were coming, though.

He’d been very withdrawn over the last couple of weeks, and now that he was set to go to bootcamp tomorrow, and then get stationed somewhere after that—most likely out of the country—I knew that he was trying to think of me.

Trying to be the ‘good guy’ or whatever.

Instead, it only pissed me off.

“Louis…” I started, but he shook his head.

“You have another year of high school left, honey. I want you to experience things that I can’t give you anymore,” he murmured.

He hadn’t given me anything at all.

At least not in that department.

We hadn’t gotten that far.

Honestly, we’d only been ‘seriously’ dating for six months now. And during those six months, he’d been completing his senior year, heading toward graduation. I’d been spending the majority of my time home-schooled because I was just too fucking sick to go to school.

Luckily that was no longer a concern.

Two weeks ago, it was decided that monthly, I would need blood transfusions to help with my anemia. There was just something wrong with me, sadly. Once a month, my periods would get so heavy and out of control that I’d get to the point where I was needing a blood transfusion to stay healthy.

I’d tried many different medicines, including birth control pills to regulate my hormones and red blood cell stimulants to try to get my red blood cell count up where it needs to be. My anemia persisted and now I was left with only one option—monthly transfusions.

So if I was understanding it correctly, he wanted to move on, and he didn’t want me to hold out hope that he’d ever come back.

Though, again, that wasn’t very surprising.

I’d made it no secret that I didn’t want to leave Kilgore.

And that was all Louis ever wanted. He wanted to get out of this place, experience the world and travel—hence his joining of the Army.

But me? All I ever wanted to do was to graduate, go to school to be a nurse, and live life—here.

I didn’t have any innate desire to go to the other side of the world and experience things there.

I had it all in Kilgore.

My mom and dad were here. My friends were here. There was a college right around the corner that would afford me to get my nursing degree. And once upon a time, I had Louis.

I gathered up the remnants of my lunch, threw it all into the trash can, then turned back to him.

“Have a good life, Louis Spurlock.”

“But what about the transfusion?” he asked.

Most girls would’ve been over the fucking moon that today was such a special day. Me? Not so much.

This was not a special day. This was another ordinary day.

Sadly, my good friend Ares was trying to convince me to go to prom when I’d rather do anything but dress up and mingle with the whole high school.

I was two days away from getting a transfusion of blood that would hopefully give me the energy I needed to finish the last couple of days of school, get my SATs conquered, and take my placement test at the college. My life revolved around getting the infusions.

From there, I had a senior trip I had to worry about—this one in Beaver’s Bend, Oklahoma. A trip I most assuredly did not want to go on. Ares’ begging had gotten a little overwhelming, and I’d given in and agreed to go even though I’d rather do anything but spend time with those people.

I looked over at her, seeing her curly red hair pinned up to the top of her head and dressed to the nines in her finest.

Me, on the other hand? I didn’t even own a dress.

Which I told her in the next second.

“That’s okay, because I purchased a dress with my father’s credit card, and you’re going to wear it,” she countered.

I gritted my teeth, wondering if I wanted to come up with another excuse or not, but decided against it.

Instead, I decided, yet again, to give her what she wanted.

“Fine,” I said. “But don’t expect me to do my nails, and it better not take you more than thirty minutes to do my hair and my makeup.”

Ares bounced in excitement, and I was stunned to see that her hair didn’t move once.

It stayed in place, and I couldn’t stop myself from reaching out and poking her hair with one finger. It was stiff as a board.

“How much hairspray did you use?” I asked curiously.