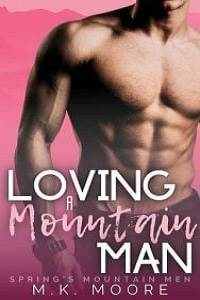 I hate people. People bring problems, and I don't deal with problems all that well. Being in social situations makes me anxious, so the woods was my answer to the problem that has plagued me for years. Coming to America from Scotland had been my parent’s dream. They were my rock for thirty-three of my thirty-four years. We became citizens when I was eight. I grew up in the Bronx, that being said, I have an accent, but I’m pretty Americanized. Being named Plaid never helped anything though, but if all the fights I got into did anything at all, they made me stronger and less tolerant of other people’s bullshit.

When my parents died last year, I moved out of the city I hated to a modernized cabin in the woods. The best part about it is there are no people. I get to spend the better part of a month alone, in silence. It’s exactly what I needed. For work, I develop and maintain websites and mainframes for my clients. All of which is done remotely, and it pays well. I have managed to earn a small fortune. Money I’ll never spend all of in this lifetime.

I live about ten miles from Saugerties, in a heavily wooded area. To find my cabin, you have to know precisely where to look. My supply runs are thirty minutes away in Kingston as it is the closest town with a big box store. I always stop for a beer at the pub on Main Street on my way home. Every month it’s the same routine. This is the twelfth time I’ve done it, but something about today feels different as I drive down the mountain. Spring has finally sprung up on MacCleary Mountain so getting down is no trouble. I get on I-87 with ease, but I still can't shake the feeling of restlessness that fills me.

I get my shopping done in record time and head back home. I stopped for a beer because I need it today. Maybe I’ll have two. Whatever is looming has me on edge.

“Hey Plaid,” Jimmy, the bartender, says as I sit down on the barstool at the end of the bar, closet to the door.

“Jimmy,” I say, my voice harsh because I don't have to use it very often. It’ll come back to me.

“How’s life on up on the mountain?” he asks as he pulls me a pint from the tap. I always order the same thing. A creature of habit, I am.

“Can't complain. How’s it been in town?” I ask, to be polite. I am not sure I really care.

“Where did she go missing from?” I ask, knowing that the woods up here are harsh the further away from the fancy resorts you get.

“She was a guest at Rock Creek Lodge. Her family is devastated.” Rock Creek Lodge is an exclusive, expensive resort about fifteen minutes from here. Jimmy sets a pint of the Gallucci Brothers pale ale in front of me. Best American-made pale ale, in my opinion. Jimmy takes the towel from his shoulder and wipes down the bar in that way only bartenders do. I am not even sure what he’s wiping at. It’s already so clean I can see my reflection in it.

“I imagine so, poor lass,” I say, thinking there is no way she made it a week in those woods, unforgiving as they are.

“There’s no way she got all the way up to MacCleary Mountain from Rock Creek, but I’ll keep an eye out,” I say, my voice finally working again. The cold beer soothes the soreness from my throat. I forgot what a chore speaking could be, especially when I don't do it often.

After I finish my beer, I leave a twenty on the bar and head out. I drive the rest of the way home. Meticulously, I get everything I bought unloaded and put away in their proper places, before going back out to the truck. I get it backed into my standalone garage, closing and locking the door behind me. I take a moment to check the traps near the house. The rabbits I see will make a fine stew. I am about to go inside and watch the Celtic FC’s football match on the satellite dish when the hair on the back of my neck stands on end seconds before I hear a feminine scream off to my right. Without thinking, I grab a gun and my ax and take off in that direction. The ax will tear through the overgrowth, and the gun is for whatever made the woman scream.

She screams again, and as I hack through the last thicket, all along the way, the branches and brambles smacking back at me. Then I see it. A black bear, an adult by the size of it. A mama bear if the little cubs I see behind her are any indication. I don't want to hurt her, but I may have to. I see the girl, hiding behind a tree, but the bear can still smell her, even if she can't see her.