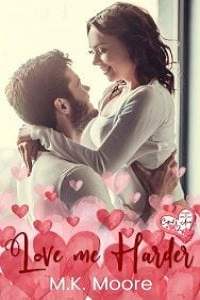 I always knew I wanted to be a pastor. When my parents died, my mother’s parents took me in when I was nine years old. They were the only family I had. Going to church with my grandparents awakened something in me that I had never known. It wasn’t a bolt of lightning but rather a slow, methodical determination that I had to do this. I worked hard for it, got my bachelor’s degree in Religion, and moved on to a master’s degree in theological studies at a prestigious university in Atlanta. I lost both of my grandparents in my last year of the program. That was the hardest thing for me. Being truly alone in the world isn’t a good feeling.

After finishing theological seminary, I was a visiting pastor all over Georgia and South Carolina for five years before I found my church home. I’ve been the pastor at the House of God, a non-denominational church five miles outside of Cupid’s Cove, Maine, for six months now. Having grown up in Cupid’s Cove, it’s good to be back home after so many years away.

As a single man in my early thirties, I can’t tell you how many well-meaning mothers have tried to foist their daughters off on me. While I politely decline their advances, they have taken it upon themselves to ensure I am fed. I haven’t cooked a single meal since I moved back home. They have stockpiled my house with every casserole, lasagna, souffle, and more baked goods than you can imagine. It was most appreciated since my idea of home cooking is popping a frozen pizza in the oven or, worse, microwave mac and cheese.

Despite appreciating all they do for, sometimes a man wants a medium-rare steak, and there’s only one place to get that around here. This is a small town, and from my understanding, it was even smaller a few years ago. They are just now starting to get chain restaurants up here that aren’t your typical fast-food joints, those they have in spades. I’ve eaten at this steakhouse before, but not at this location, so I already know what I want. I walk into the restaurant and wait at the hostess stand. I was just going to place a to-go order, but I see a waitress out of the corner of my eye. I have to rub my hand over my chest as my heart does a weird spasm. My eyes follow her every move. Her hips hypnotize me, and I have to force myself to stop staring before it becomes noticeable.

“Welcome to Larry’s. How many in your party?” the chipper hostess asks.

“Just one,” I say. She frowns and grabs a menu.

“Follow me,” she says, smiling once again. She leads me to a small two-person booth where I sit down facing the direction of the table the beautiful waitress is standing nearby. She laughs and talks with her customers as she takes their orders.

“Josh will be your server. He’ll be with you momentarily.”

“Thank you,” I reply, opening the menu she hands me.

I order my steak and scotch and watch the girl as she serves her table their drinks.

I can’t keep my eyes off of her. She’s curvy, with dark hair and vivid green eyes. She makes her hips sway with every move she makes, and I am mesmerized. Before seeing her, I managed to make it thirty-two years without wanting a woman as much as I want her. I don’t even know her name, but I know that I’ll do everything in my power to learn everything about her.

“Can I get you anything else, Pastor Wood?” Josh asks, coming back over to my table. He sits in the third row at church with his parents every Sunday. He just graduated high school last year and is taking a gap year before college if I’m not mistaken.

“Say, Josh, can you tell me who that waitress is?” I ask, discreetly pointing at the girl who has ensnared me in her web.

“Oh, sure. That’s Danica O'Brien. She just moved here about two weeks ago. She lives over on Love Way way in a tiny house. She also works at the hospital during the week, but I don’t know what she does there. She was transferred from another Larry’s. Gotta be from New Jersey. She’s got an accent.”

“Thanks, Josh,” I say. For some reason, people will tell pastors everything without a second thought.

“Just the check, thanks.”

“Coming right up,” he says before walking away.

Danica O’Brien. She’s probably got a man, but none of that matters now. She’s mine. I don’t care what I have to make it so, but I will make it happen with God as my witness. A little later, I have a friendly chat with the police chief outside the bakery, who points me in the right direction to her tiny house on Love Way. I also found out she shares the home with Flora Payson. I went to school with her older brother. Inexplicably, I find myself parked outside her house at two in the morning. I told myself I just wanted to make sure she got home safe from work, but that’s not entirely true. I wanted to see her in her element. Her car, a black BMW SUV, sits in the driveway. Chief Barnes offered up that tidbit without prompting. People really should be more careful with the information they freely give away. I swear I was about two seconds away from getting her social security number from the man.