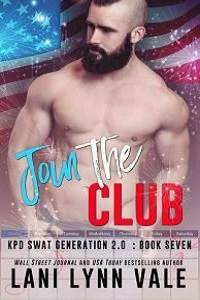 You’re the sprinkles to my donut.

-Text from Bourne to Booth

I looked up and over at my brother, Booth.

He gestured toward his kid who was sleeping in his arms.

I did, standing up from my perch on the best goddamn couch in the world.

The wind hit me in the face the moment that I opened it.

The screen door slammed shut so hard that I nearly lost two fingers, and I backed up rather quickly before it hit me in the face.

“I think,” I said as I pushed the door open again and held it with my foot this time, “I’m kind of boned for now.”

“You can wait it out. It’s supposed to be loud, strong, and short. The weatherman said it’d be an intense eight minutes.”

Delanie’s husky voice sounded from behind me, and my semi became an instant hard-on.

It’d been semi-hard since I’d walked into her house an hour before.

Today was Booth’s day for visitation with their son, Asa.

Delanie and Booth. Booth being my twin brother.

The reason I was there was because Delanie had bought Asa a new bed. A new bed that they’d delivered, put together, and then had left in the middle of the room. The bed was heavy, made of solid wood, and neither Delanie nor her twin sister, Dillan, could move it.

Hence the reason I’d been asked to come over today, in my tux, right before a fucking wedding.

The bed had been heavy. And it was on my list of things to do to call the fucking furniture company and rip them a new one for not finishing the job they were hired to do.

I glanced backward at Delanie in her short black dress, then turned my head toward where the storm was quickly brewing and wondered if I should just chance the rain.

But then I saw a trampoline rolling down the road and realized that would be incredibly dumb.

“When is it supposed to hit?” Booth asked. “I’m literally twenty minutes away.”

We lived in a subdivision—one that housed about sixteen duplexes, almost all of them occupied by a cop or a cop’s kid—that was literally a hop, skip, and jump down the road.

But then the first drop of rain hit me square in the face, and I realized that I might as well stay.

I was already dressed and ready to go. And if it was short like they said it was going to be, then there was no reason for me to go home just to turn around and leave again. I was literally eight minutes from my destination if I left from here.

Booth gave me a thumb up and took off, glancing down the road at the trampoline that was still rolling in the direction that he needed to go.

“Who has a trampoline that lives near you?” I asked as I closed the door once my brother had gotten into his truck.

“The neighbors have grandkids. They just bought it. Why?” she asked.

I turned to find her bent over, slipping on black sky-high heels that made her legs look fucking amazing.

I turned quickly away, but it didn’t matter. The vision of her in my head was branded there for always.

Delanie was super tall. About five foot ten or so.

She was blonde-haired, fair-skinned, and had the most exquisite pastel blue eyes I’d ever seen in my life.

Which was saying something since Delanie had a twin sister, Dillan, who was also identical to her.

But there was just something about Delanie.

She had short blonde hair that was just underneath her chin, and today it was curled and cute, and I wanted to latch onto it with both fists and kiss the hell out of her.

But, alas, I couldn’t do that.

Not to my brother’s baby mama.

It was already really fuckin’ awkward.

Booth was in love with Dillan. Had been since we were in high school.

Yet, he’d had a kid with Delanie.

It was a messed up situation, and something that had always been a faux pas since it’d happened.

“Oh, no.” She stood up, her face flushed from being bent over. “That’s awful. I watched them put that together in the dark the night before their grandkid’s birthday. They seriously were out there forever with flashlights. I felt so bad for them.”

“Tomorrow I’ll see about coming and helping them get it back into place,” I said. “What’s on your agenda tonight?”

Booth had said that she had a wedding to go to just like I did, but I never expected her to say what she did next.

“There’s a wedding at The Back Porch. A man that I helped pair a service dog with last year invited me,” she said. “Actually, he blackmailed me. He said that he had someone that he wanted me to meet. He apparently thinks this man needs a service dog. Or, at least, he thinks his son would do well with one. His son is diabetic. They think that he would do really well with a service dog that could alert them in the middle of the night if something were to happen.”