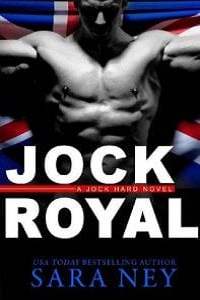 Being the new girl is never easy—even when you’re twenty-one and in college, in the final year of school. Months from earning a degree but having it all snatched away when your university cuts funding for your sport.

And therefore your scholarship.

So, I did what any self-respecting young woman would do: packed up my bags and moved from the south to the Midwest, all to attend a university that could—and did—offer me the financial aid that would keep me on the road to earning my degree.

Which is why I’m standing outside a shitty-looking, dilapidated fraternity house on a Friday night, staring dubiously at the front door.

“Why am I doing this again?”

“It’s part of the initiation,” one of the members of the track team tells me.

I cock one eyebrow. “You mean hazing?”

“Shh.” A few of them hush me, hissing out on the sidewalk as we stand around while they prep me.

“You can’t go saying that word out loud!” Veronica—Ronnie, they call her—explains with a hiss.

Hazing on university campuses is against the nationwide student code of conduct among sororities, fraternities, and unquestionably athletic organizations.

“It’s just fun. We want you to get to know people since you’re new—and what better way than at a party?”

If that were the case—if they actually wanted to introduce me to people—there are a million better ways to go about it. They would let me go inside and mingle like a normal person instead of going in to pull a childish prank like the one they want me to participate in tonight. I’m already embarrassed and I haven’t even walked through the doors yet.

“Wow. So like, I’m going inside to meet the welcoming committee?”

It’s clear they don’t appreciate my sarcasm or my sense of humor, nor my impression of an airheaded valley girl. Instead of laughing off my comments, Ronnie crosses her arms and huffs.

“No one is forcing you to do this. You can go home.” Her long lean arms—the ones that have been turned golden by the sun—extend, pointing to the street behind us. “We’ll call campus security and they can escort you so you’re not alone.”

Gee. So much for team camaraderie and no man left behind.

We all know I have to do this. They all know I’m on scholarship and cannot jeopardize my spot on the team, not a team like this one. Not this late in the game, not while I’m staring down the nose of only one more semester—I don’t know what strings my father pulled to get me here at this point, but if I lose this chance to have my education paid for…

It’ll take me at least another couple of years to finish.

I’ll have to quit most of my classes and work full-time to pay for the few I’d be able to afford. And those I’d have to take at night.

“I just don’t understand why we’re at a fraternity party. You said it was going to be on Jock Row.” Not Greek Row.

I’m glancing up at the house’s façade, eyes searching and scanning for Greek letters but finding none. Nothing but old, weathered siding that needs to be painted and crooked shutters flanking the front windows.

The girls all laugh.

“This isn’t a frat house, dumb-dumb—it’s the rugby house.”

Rugby house? That’s a new one.

“This is Jock Row, not Fraternity Row.” Chelsea Newbauer chimes in from the back of the pack, hair Texas sky high, glitter eye shadow catching the light from the dim porch lamp.

“And we need you to go inside and find the…” Ronnie hesitates, about to reiterate the rules of the lark they’re playing on me. “The ugliest guy you can find and ask him on a date.”

The whole thing is just. So. Freaking.

“What!” I’ve heard the catch before, but hearing it again is so cringe-inducing I panic. My tone says it all; I’m horrified.

“You’ll live through it.” Tamlin rolls her eyes. “We all had to do it and so can you.”

It’s so mean-spirited—not to mention so unethical and just makes me want to curl up in a ball and die. Or puke. Or hide.

So everything that’s wrong with college these days.

This is how my peers get alcohol poisoning. This is how they end up in hospitals. This is why they do shit they shouldn’t be doing.

And here I stand like a turd, debating my options.

I thought my backbone was stiffer than this; I thought I was a leader.

My parents would be so ashamed that I’m stooping to this level to save face and blend in at my new school.

You’re not physically going to hurt anyone, Georgia.

The boy will live. He will walk away unscathed, minus some minor bruising to his ego, probably.

Besides, they told me he—whoever he is—won’t even know what I’m up to.

Still, I make one last-ditch effort to weasel my way out of the task.