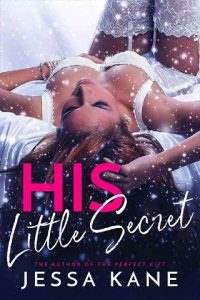 They say the definition of insanity is doing the same thing over and over again, while expecting a different result. So I must be out of my fucking mind. Because here I am again at my brother’s house, within reaching distance of my step-niece. I’ve been in a lot of dangerous spots in my life, but a seat on this couch is by far the most dangerous of all.

Ripley moves in slow motion. Or at least that’s how it always seems to me. She flounces in through the sliding glass doors, toweling off her tits after a dip in the pool, the bottom of her thong bikini completely indecent. I couldn’t believe when she came out of her room wearing nothing but a string up her ass and a couple of tiny triangles, but my brother only rolled his eyes and went back to scanning the stock market app on his phone.

My eyes can do nothing but devour the sight of her, droplets from the pool glistening with sunshine where they roll down her smooth, way too young ass cheeks. My dick unfurls, filling out the leg of my jeans, but I’ve learned to be two steps ahead around Ripley and I’ve worn an extra-long T-shirt under my leather cut. A way to disguise the evidence of what she never fails to do to me.

My step-niece bends forward and rubs the towel through her long, red hair, trying to get rid of the moisture, all but naked with her butt cheeks spread in front of me. I grind my back teeth, my hips giving a subtle, involuntary thrust, because sweet Christ, I can’t help it. I’ve imagined myself inside of her long enough that they should have put me back in prison.

She’s eighteen now and headed to college next week, and that milestone has only allowed my existing fantasies to plague me more often.

I should not be here.

Hell, my brother and I could meet somewhere else. Out for a beer or my place, but I find myself drawn back to this goddamn house, over and over again, telling myself I won’t ogle my niece this time. This time I’ll keep my perverse thoughts to myself. But I never can.

She straightens and looks back over her shoulder, giving me that feline smile.

The one that makes me suspect Ripley knows exactly what she’s doing.

Did I mention she’s a little troublemaker?

An ex-convict like myself doesn’t throw that term around lightly, either. I’ve been behind bars with murderers, arsonists and outright psychopaths, but Ripley’s cunning mind, sharp tongue and delicious body make me sweat more than I ever did in prison.

My brother, Ripley’s stepfather, is my exact opposite. I’m an ex-felon, he’s a judge. I’m the San Quentin Prison to his courtroom. The motorcycle club affiliation to his country club membership. Ripley’s mother is his third wife and she’s currently hosting a San Tropez-themed barbeque out in the backyard with her rich friends. My brother is sitting beside me on the couch, engrossed in the ticker symbols on his phone, oblivious to the floor show his stepdaughter is putting on for me. But thank God he’s here. Whenever we’re alone, she turns up the flirting and tries to get a reaction out of me.

So why am I hoping my brother will leave the room?

I’m thirty-eight. That’s twenty years older than my step-niece. I’ve got blood on my hands, a past full of bullet holes and breaking the law. She’s heading to art school next week to study ceramics, a bright future ahead of her. If I can just make it until she leaves without putting my filthy hands on her, I should be in the clear. There won’t be family get-togethers every week where my will is pushed to the breaking point. She’ll be a good two-hour drive up the coast and I’ll force myself to move past this obsession.

That’s what I keep telling myself.

But when my brother rises from the couch and excuses himself to make a phone call, I mentally call myself a fool for thinking I could ever get Ripley out of my blood.

She watches my brother leave the room, her lips curving with pleasure. The towel dangles from the tip of her index finger before she lets it drop…and struts toward me in her microscopic thong bikini, her titties bouncing around behind the royal-blue triangles, hips swaying side to side. Once again, it all happens in slow motion and my dick loads itself up like a shotgun getting ready to fire.

“Uncle Mase.” Ripley stops between my outstretched knees, running her fingertips in circles on my thighs. “Can I show you something in my room?”

This is how I have to deal with Ripley lately. I’ve started being a mean son of a bitch to her because if I give in and say all the flowery shit in my head, she’ll cross the thin barrier I’ve managed to keep up between us. I can’t tell her I think she’s the sweetest thing alive. Or that she’s smart as a whip and will likely conquer the world someday. I can’t tell her she’s the only person who makes me laugh. Or that I haven’t been able to bring myself to touch a single damn female since my brother married her mother. If I told her all that and she felt the same, I’d never be able to stay away. And I have to. She’s too young, too related to me and she’s going places.