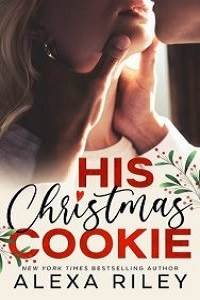 I stare out the window of my sister's gorgeous Victorian home, but I’d never admit to her that I think the one next door is prettier. Nor would I tell the owner.

Her white Christmas lights shine in the dark to reveal the snow as it falls. I can hear her behind me humming as she decorates the house for Christmas. Some people might call this extra. She’s always changing and adding to the decorations, but I don’t blame her. This is her home now and where she’ll start growing her own family.

So many things have changed in such a short amount of time, but I know my sister is happy. In fact, I think she’s the happiest she’s ever been. She’s not only mine anymore, she belongs to Miller now. I hear her giggle behind me, and I don’t have to turn around and look to know it’s something Miller is doing to her. The man can’t keep his hands off her, and it’s sweet to watch her turn the giant Russian into sweet cotton candy.

I glance over to Frost’s house and see all the lights are off. Completely black. I hate that I wonder where he’s at and what he’s doing. I came over to see my sister, not to check out what Frost is up to. He's as cold as his name, except for when his eyes land on me.

I’ve seen him in action a few times when he didn't know I was there. I’d catch him on a call or hear him arguing with his brother over something. He’d see me, and his face would go soft, but I wasn't buying it. He wants into my pants, and he knows that I would never go for his frosty cold shoulder. No pun intended.

I’m facing the window and trying to peer closer into his house when I see a hand come up from behind me and land on the window frame. I stand still as another hand comes up on the other side, and I’m caged in. I feel the heat off Frost's body from behind me, but I don’t turn around. My heart speeds up, and I try to stay calm as I feel his warm breath on my neck.

“Were you looking for me?” His accent is thick, and his voice is so low it makes the hair on the back of my neck stand up. Why did I wear it up tonight?

“Watching the snow,” I lie as I try to make my tone bored.

I suck in a deep breath when I feel his nose graze my neck. My body lights up more than the Christmas tree, and I close my eyes. How does he do that to me? Even with my ex, there was never heat like this.

“You always smell so sweet. Is it just you or something you wear?”

He lets out a deep chuckle, and it surprises me. “I’ve given you time.”

“Time?” I ask, pretending to not understand.

“To play your little games. Your time is running out.”

“I’m not playing any games.” I think it would be dangerous to play any games with a man like Frost.

He pushes into me, and I feel his hard cock press against my ass. Without instruction, I lean back against him and into his muscled body.

“Still think you’re not playing a game?” He might be right, but it’s unintentional.

I turn around in the cage he’s made with his arms and look up at him. He’s so handsome but not my type. He’s also rich, which isn’t it either. Been there, done that. I learned from my mistakes, or I at least I’ve tried to.

“I'm seeing someone.” I raise my chin in stubborn defiance.

“Nyet.” His “no” is quick, and I watch his face harden as he gives me the Frost everyone else talks about. “I’ve not been told.”

“And how would you know about my dating life?” I lift a brow in question.

Why am I trying to poke the beast? He’s my brother-in-law, though, so don’t we get to make jabs at each other every now and then? This is what our family does, though what Frost wants with me isn’t familial at all.

For some reason I believe that he would. I think he knows most things. The crush I have on him is one of those things. Why can’t he leave it alone? We could end up hurting more than each other in the end.

“I’m in a relationship with myself.” He stares at me with a confused look on his face, and I almost want to laugh. “I don’t date. Period.” I need to find my place in life.

“You are still hung up on him?”

“You ask the question as if you already know who he is. When it’s none of your business.” I’m not hung up on my ex. I’m more mad at myself than anything. I missed the signs right in front of my face.