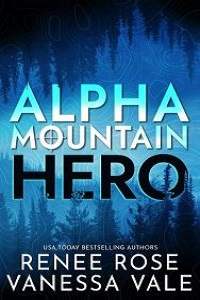 Buck and I carried the empty keg between us.

Here in Sparks, there was no war. No enemy. The only chance of being killed tonight was from alcohol poisoning or getting eaten by a bear.

We were used to moving around under the cover of darkness, but that was to evade the enemy, not to cut across a field beneath a Montana black night sky.

Neither of us had been home for over sixteen months, and I’d forgotten how dark it got. No big cities anywhere nearby. No desert either. We weren’t wearing our fatigues, and we weren’t carrying multiple weapons.

“Did you hear Lee Landers is taking over his dad’s mechanic shop?” Buck asked.

“I know. The most exotic thing he’ll see of the world is the undercarriage of a sixty-seven GTO.” I took a deep breath.

Fuck, I missed that scent. The tang of pine and damp earth was as much a reminder of home as Gram and Gramps. Or the twenty or so friends from high school who had just finished off this keg, listening to music, fooling around and having fun in the back forty behind us.

“The undercarriage I want to see is that of Kenzie Michelson. She was hot in high school, but did you see her tonight? Were her tits always that big?” Buck held up his hands to show how big he thought they were as he grinned.

“Why the hell are you helping me carry this keg when you could be helping Kenzie out of her panties?”

Our long legs ate up the distance between the party and the truck. The get-together was in the usual party spot by the creek, originally chosen so my grandparents wouldn’t know about any of the late night get-togethers. Of course, I’d been stupid to think that. They’d been pissed back in the day when they’d learned of them, but now? I was twenty-three. I’d had hair on my balls for years, but I’d also become a SEAL and gone to war. Neither of them gave a shit if I wanted to get drunk with a few old friends. Hell, they were content I was in one piece. And home.

They were off on a trip to a nearby casino for two nights, having their own kind of good time.

“She’s not port pussy,” Buck countered, stopping when we got to the truck. He leaned against the back end. “Still, I get the feeling she wants me to be her ride out of town.”

I remembered Kenzie, big tits and all. I’d been cautious where I stuck my dick in high school because I had plans. Plans that didn’t involve a surprise baby and wife at eighteen. I’d wanted out of Sparks, to follow in Gramps’ footsteps in the military. So I understood where Buck was coming from. We both might be up for a fun fuck but nothing more than that.

I pulled down the tailgate and jumped into the bed. Fuck, I loved this truck. I’d bought it when I was sixteen after spending the summer working at the seed and feed lugging sacks of grain, bales of hay and every other piece of heavy farming shit. It’d helped me get into shape for basic training and eventually BUD/S.

That had been hell, but I had Buck to tell me to stop being a pussy whenever I had an inkling of quitting. Now it seemed I had to give him a pep talk to get laid or at least blow his load. There wasn’t any chance for it deployed.

“Get her to suck you off,” I told him. “She won’t get pregnant from that.”

“Think we’ll ever fit back in here?” Buck wondered, glancing around, Kenzie forgotten. The only thing visible in the dark was the backside of the house and a hint of Gramps’ workshop beyond.

“Who the hell knows. I didn’t survive drown-proofing to plant wheat and drive a fucking tractor for a living.”

“Do you miss it?” Buck cocked his head with the usual tilt.

The back stoop light cast a glow across his face. His blond hair was cut military short. He hadn’t shaved in a few days, but he still couldn’t grow a damn beard. Not even a mustache. An inch taller than me, Buck was leaner. He was a faster swimmer, but I had him in hand-to-hand combat. Not that anyone from around here understood anything about what our lives entailed. What we endured, so they could fuck beside a bonfire.

“Sparks?” I ran my hand over the back of my neck. It was late August and summer was still hanging on. Barely. The air was cool, and this was Montana. We had another week to go before we were due back in San Diego, but the chance for the weather to turn was always a possibility this far north and at this higher altitude. “I miss snow.”