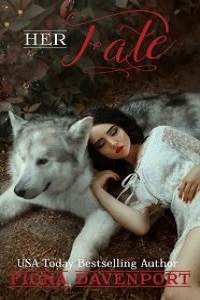 Spotting my brother’s name on the screen of my cell phone, I curved my lips up in a grin. When Tane moved to Timber Ridge, I missed being able to pop over and see him whenever I wanted. Even after all these years, I still didn’t understand why he’d chosen to join a pack out there. Tiger shifters tended to be more solitary, sticking to family groups. I’d been shocked when he’d decided to leave New York City to spend his life in the boonies with a bunch of mangy wolves. For the first year or two, I expected my brother to change his mind, but I eventually accepted that he wasn’t in a rush to come back to civilization. No matter how much I wished he was. And once Tane met Calliope, his mate, any hope I’d had about him coming back home for good disappeared since her best friends were mated to the alpha and beta of the pack.

The distance between us felt like it had grown even more when they’d started having cubs. His mate and children kept him pretty busy, especially since my nieces and nephew were a handful. Alena, Kyla, Azlyn, and Rush were the center of my brother and sister-in-law’s world, and traveling all the way to the East Coast with the four of them wasn’t easy, so they tended to stick closer to home—a place I didn’t visit often since I resented the pack for luring my brother away from his family.

“Hey, little brother,” I greeted after accepting the call. “Have you and Calliope finally decided you’re ready to leave your sleepy little town behind and move to the big city where you belong?”

“Not even a little bit.” I flopped down on my couch as my brother’s laughter drifted through the line. Leaning against the cushions, I closed my eyes. Work had been kicking my butt lately, and I was exhausted. Opening a successful restaurant in New York City wasn’t easy, but I’d just finished launching another one last week. It was already my third for the year, and the first had earned a Michelin star last month. My boss was beyond thrilled with my work, but he was pushing for me to start my next project when what I needed was a little break. “It’s more like the opposite.”

My eyes popped open, and my brow wrinkled as I wondered what my brother meant. “How so?”

“Instead of us coming to you, I’m hoping you’re free to take a little trip to Timber Ridge,” he explained.

“As if,” I scoffed, shaking my head as I hit the button to turn on the speaker function. He knew better than to expect me to agree to his request, especially now that I’d lost someone else to a wolf. My best friend from childhood, Corinna, recently mated with a wolf Upstate in the Silver Lake Pack. “You know how I feel about being in wolf territory.”

“C’mon, Trinity. Mom and Dad have plans, and Tabara is in the middle of production for a new show.” His voice took on a pleading tone. “None of them can come watch the kids, and I want to take Calliope away for our anniversary. I know how you feel about coming here, but I really need your help.”

Before I could finish my argument for why I had no interest in coming out to babysit the nieces and nephew whom I loved, he interrupted me. “Alena, Kyla, Azlyn, and Rush would love to see their Auntie Trinity. It’s been too long, and they’ll be devastated if I tell them you wimped out on coming here to babysit them.”

“What?” I shrieked, sitting up and glaring at the screen of my phone even though Tane couldn't see me. “You can’t tell them that.”

His smug tone made me wish we were having this conversation face-to-face so I could make him pay for it. But just because I couldn’t kick him in the shin or twist his nipple didn’t mean I couldn’t fight back against my little brother. “Fine, if you insist on being a jerk, then I’ll be forced to share all sorts of fun stories about their daddy the next time I see them. I’m sure Calliope will be thrilled when Alena and Kyla get inspired by your antics since they’re old enough to try some of the crap you pulled when you were younger.”

“You don’t play fair,” he grumbled.

He sounded much less satisfied with himself, which made me grin. “I never have, and I never will.”

“That’s putting it mildly.” He chuckled again. “I guess I’ll just have to resort to bribery to get you to come out here.”

“What kind of bribe?” I tilted my head to the side, intrigued by what he thought he could say to lure me to a place I hated.