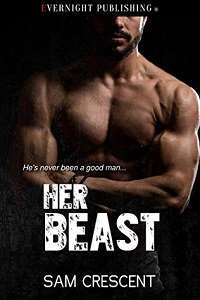 “Come on, Hope. I need you,” Dwayne Carson said.

Staring into her locker, Hope Miller wondered if there was any way that she could get out of helping the most popular guy in school. If it wasn’t for her college applications, she’d have told him no, but tutoring always looked good. Tucking some hair behind her ear, she took a breath and finally turned toward him.

“What do you need?” she asked.

Even though he’d bullied her when they were younger, and they never, ever moved in the same crowds, she couldn’t bring herself to be a bitch. Rubbing at her temple, she waited for him to answer.

“Math, English, and also history. I really, really need to get these right, as otherwise my ass is on the line.”

She rolled her eyes but didn’t argue.

“Fine, fine. I’ve got to work at seven, but I can help you for a couple of hours after school.” She closed her locker.

“Great. You’re okay to come by my place, right?”

She paused, not really liking the whole idea of being around his place. She’d heard a lot of rumors about the Carsons. Most of them she’d put down to being bullshit. She didn’t like gossip, especially as a lot of it had been about her in recent months. All she wanted to do was keep her head down, use whatever of her trust fund she was allowed to, go to college, and put all of her family’s mess behind her.

Living with her aunt wasn’t what she wanted to do for the rest of her life. She knew Aunt Tay only put up with her because of the small amount of money she got paid to look after her. Her mother had known something bad was going to happen, so she’d put all of her money in a trust for Hope.

“Can’t we go to the library or something?”

“I won’t bite, Miller. Believe me. I won’t get anything done if I go there. You may as well cave. You know you want to. You’ll get to see my pad; it’s totally the shit.”

“Great,” she said, trying to find the excitement but failing. “Call me excited.”

He chuckled. “You’re a star. See you after school.”

She watched him walk away, rolling her eyes as some of the girls nearly fainted as he winked at them. High school boys didn’t appeal to her. They were … disgusting.

Grabbing her bag from out of her locker, she made her way to calculus and put the whole Carson drama out of her mind.

All she wanted to do was focus on her work, getting the best grades that she could so that she didn’t have to stick around town anymore. She was done being “that girl.” The one that people pointed at and whispered about the crazy daddy who’d killed her mom, and also tried to kill her.

Yep, that was her secret. Her father had developed a drug addiction which made him completely paranoid, crazy, and insane. He’d believed his wife was having an affair, and that Hope wasn’t even his daughter.

He’d kept them chained up in the basement for two weeks. That’s how long it had taken for people to be alerted that something was amiss. During that time, she’d watched her father shoot her mother before he shot Hope in the stomach, and then he’d put a bullet in his brain. She’d screamed, begging for help.

Rubbing at her temple, she tried to focus on her teacher as the memory danced across her vision. She was considered a bit of a freak because she’d not broken down. The fear, the memory of it, she was able to put it in a little box and seal it away.

Her aunt sometimes stared at her like she was weird. Not the best feeling in the world, but not a lot Hope could do about that. She could sit and cry about it, or get on with her life, and her mother had told her what she needed to do while they’d been chained together. Even when death was certain, her mother had done everything she could to take care of her.

Moving from calculus to PE, Hope drifted from one class to the other, ignoring some whispers and stares. At least they weren’t talking about her dad. Nope, these whispers were because of Dwayne, the hot guy who’d been caught talking to her.

She wished they’d grow up.

Hope didn’t bother to get changed out of her shorts and large shirt. Leaving the campus grounds, she found Dwayne sitting on the hood of his car, chatting with some of his friends. Squaring her shoulders, she made her way toward him, folding her arms as she did.

“I’m not your babe. Do you want the classes?” she asked.

“Sure.” He opened her door, and she thanked him for it, climbing inside. Pushing some of her hair out of the way, she leaned back in the leather seat and admired the comfort of the vehicle. It had to be expensive, but Dwayne belonged to a wealthy family, so she didn’t expect anything less.