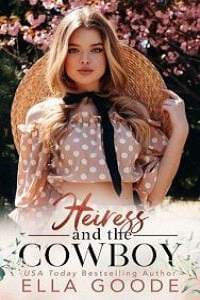 “Tucker Justice, as I live and breathe,” Bette Ann Brown, known to her friends and her enemies as Babs, exclaims. She rushes over with her hands outstretched. There are at least two rings on each finger. If I were in need of money, I could survive on her hand jewelry alone. “What are you doing here in the city? I thought you hated this soulless place.”

“I do.” I lean down and let the older woman press her powdered cheek against mine. She has that old lady smell of lavender and hair dye. Cameron Frank-Hyde’s grandmother carried that same scent. Back when I was at the Monmarte boarding school, the grand dame would sweep in with white hair puffed around her head, long cloaks sweeping the floor, and her pet Chihuahua clutched in one arm like a purse. She was Cruella de Vil but kind. Instead of trying to make a fur coat out of dogs, she’d hand out treats—and by treats, I mean thousand-dollar gift cards, signed sports memorabilia, and expensive electronics.

She was beloved. Cam was devastated when her grandmother passed. It was one of the few times, Cam’s glossy veneer ever slipped—even in boarding school.

“Then what are you doing here? Your cousin Chase always comes. Or sometimes that young one, Sterling? I did hear that your oldest was traipsing around after that Rodgers girl.” Babs waits for some good gossip.

I don’t mind sharing with her. “The eldest and that Rodgers girl are tying the knot.”

“You don’t say.” She slaps her beringed hand on my biceps, not at all surprised. My cousin Calder must’ve made some scene the last time he was up here. “Please tell me you’re having a wedding out there at the ranch. I missed the fashion show Birdie put on as I was in Venice at the time.”

“I heard you bought an old villa and are renovating it.”

“I didn’t realize you were keeping tabs on me.” She flaps her eyelashes at me.

“I might not like the city, but I’d be a bad businessman if I didn’t know what was going on with important people.”

“Ohh, you have such a silver tongue for a recluse. Now, let’s see who we have here that we can match you up with.” She slips a hand into the crook of my elbow and turns to survey the room. “With your mama gone, it’s my duty to help you find a good woman.”

Babs follows my gaze and makes a tsking sound. “Not her. She likes her parties too much. You would be miserable. Oh, I can see why you want her. Cameron Frank-Hyde is a beauty, and she’s fun. She makes everyone around her feel carefree and happy, but honey, she’s a social creature. She needs company like a flower needs the sun. You two are as different as chalk and cheese, as the Brits would say. Why do they say that?”

“Very rainy, dear. I think you would hate it. You need the sun.”

“Right. How could I forget the horses? How about Marilyn Goff?” Babs tries to steer me toward a redhead near the bar. “Her daddy is that retired champion bull rider. He’s got a nice spread.”

“Heard he’s about two bills away from bankruptcy. If you have some business with him, you might want to do a deeper due diligence search,” I advise.

Babs makes a face. “God, that’s so sad. He did come by the other day to tell me about a strip mall investment. I guess I’ll pass on that.”

“I’ll pass on Marilyn Goff, too, and not because of her daddy’s financial problems. She’s just not for me.”

“Is it the red hair? Some people don’t like redheads because of the temper.”

“It’s not the red hair or the temper,” I assure Babs.

“It’s not that silly curse thing, is it?”

The silly curse thing is that all of the women that the Justice men have fallen in love with have died an early death. The thing is that it’s not silly because it’s true. Not one Justice woman has lived past the age of thirty. Calder decided that he loves Birdie Rodgers so much that he’s willing to tempt fate. I’m not so sure it’s the wisest decision, but the two were so miserable without each other that I’ve come around to see Calder’s side of things. Better than they’re together and happy for whatever time they have left on earth than be desolate apart.

The problem for me is that while I only have eyes for one woman, Babs is right. Cameron Frank-Hyde is an extrovert with a capital E. There’s never been a time in her life where she hasn’t been surrounded by people. She thrives off of it. When we were in boarding school together, she hosted parties in her bedroom. Some nights it was board games. Another time it was movie night. She even started a chess club even though she didn’t know how to play and didn’t care to learn. She just liked being in the midst of people enjoying themselves.