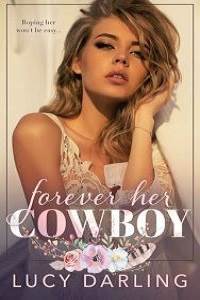 “You’re staring,” my dad says, coming to stand next to me as I lean up against the barn.

“That I am.” I don’t deny it. He lets out a long sigh, leaning up against the barn with me and folding his arms over his chest.

“You’re just settling into your life. She just started hers. You need to consider that,” he points out. He is right. I powered through college because that was what was expected of me. I got my business degree, but I’m not really sure how much I’m going to use it. Working the land is in my blood. If anyone should get that it’s my father.

“Are you going to try and stop me?” I pull my eyes away from Noelle to look at my father.

“No, but I want you to remember that girl is your sister's best friend. Not only that, she’s like a daughter to your mom and me. If you hurt her…”

“I’m not going to hurt her.” I cut him off. My parents have always been good to Noelle. She spent as much time as she could at our house. She practically lived there through high school. Thank fuck I was away at college and only got to see her every now and then. When I left she was an annoying teenager, but while I was gone she had grown into a beautiful young woman. I might have cracked sooner if I were home. What I do know is that I’m tired of waiting.

After I graduated I moved back home, but not into my parents’ house. I took one of the houses on the property. My best friend Eric did the same thing as me. He lives next door and he has the same plans as I do when it comes to stepping into our fathers’ shoes.

My eyes flick to Eric, who is standing with his mom, PJ. He’s staring right at my sister. I pull my hat off, running my hands through my hair. I still feel like a dick for what I did to my own best friend and little sister all those years ago. I thought it was for the best. Now, I’m starting to think I fucked up. They had been so close, but I ruined their relationship based on some idea that I was protecting my sister. All these years later and they still haven’t mended it fully.

“Don’t worry about Daisy and Eric.” My father reads my mind. “They’ll work it out.” He pushes off the barn. “Remember what I said.”

“You’re the one who told me that when you saw Mom you knew right then she was going to be yours.”

A smile pulls at his lips. My parents have never hidden their love or affection for one another. Growing up I used to think it was embarrassing, but now that I have my eyes set on Noelle, I understand it.

“You’ve got a point, son.” He slaps me on the back. “Don’t go after her if you’re not planning on her being your forever.” I simply nod. I don’t tell him that it’s not a question of if she’ll be my forever but when. Because Noelle is it for me. Now the only thing I have to do is convince her of it.

“Understood, Dad.” He strolls back over toward Mom, tucking her into his side. Like always, my eyes linger back on Noelle.

This is how I prefer her. Her blond hair down, her face free of any makeup, letting me see the subtle freckles on her nose and cheeks. She smiles at something Bryson said, showing off those giant dimples in her full cheeks. I grit my teeth reminding myself the Davis brothers are my friends.

She pushes her glasses up her nose, turning her head until her eyes meet mine. She looks away quickly. Looking at her now in sneakers, a pair of ripped-up jean shorts and a shirt covered with cookies that I think are dancing you’d have no idea she was a fucking beauty queen.

Her mom had her in and out of pageants for years. Noelle grew to hate it over time. I fucking hated it from the start. Her mom makes her dress up into something she’s not. I think my girl went along with it for so long because she wanted to be close to her mom. That didn't work out so well. Her parents are strange. That's the best word I can think of to describe them. She’s grown close to my parents because of my little sister Daisy.

She turns, heading back toward the house, making me wonder where she’s going. This is her and my sister’s graduation party. I never thought this day was going to come.