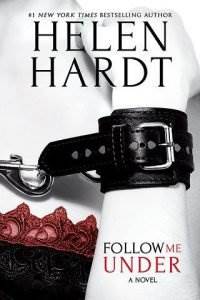 Everything’s ready for tonight. Are you?

I stare at the text from Braden.

For a moment, I’m no longer sitting with Betsy, my new friend who’s known my ex-boss, Instagram influencer Addison Ames, since they were kids. Instead, I’m in some kind of time-warped vacuum, where only my phone and I exist. Betsy hasn’t just told me that Braden dumped Addie for refusing to get kinky with him after something he did left her shaken. That women are a game to him. That Braden is dangerous. I’m simply alone, reading Braden’s enigmatic text and anticipating what he has in store for me tonight.

But only for a moment.

When I look up, Betsy is fidgeting, clasping and unclasping her hands. She’s clearly nervous. Clearly frightened that Addie will somehow find out she’s telling me all this. How was Betsy ever friends with Addison Ames? High school was a while ago for them, of course. She and Addie are twenty-nine now.

I look at the text from Braden once more.

Everything’s ready for tonight. Are you?

I can’t feel my face. Only minutes earlier, I was alive with excitement and anticipation about tonight.

Am I feeling fear?

Yeah, a little, but that’s not the sum of what’s whirling through me.

But underneath it all, flowing through my veins, is what I’ve felt all along.

Even after what Betsy told me—that Braden dumped Addie after she refused to do what he asked—I’m still in love with him.

I still yearn for him.

But I need answers. Big-time.

My hands clench into fists. My shoulders ache from the tension. A drum pounds in my head. I’m sitting here in the back room of Betsy’s Bark Boutique—she even closed the shop to talk to me—and I’m ready to implode.

There’s an explanation. There has to be. Braden is a man who volunteers at the food pantry that kept him fed when he was a child. He’s a man who rescues dogs.

Betsy continues to speak, but her words are only a high buzzing sound between my ears. Her mouth moves, her lips flap, but nothing resonates in my brain.

Then her clammy palm lands on one of my fists.

My lips part, but I can’t force any words out. Instead, a squeak emerges.

This time I bite my lower lip. The magnitude of the accusation she just lobbed against the man I love hits me with the full force of a sucker punch to the gut.

Addie passed out after one of their escapades. When she refused to get kinky with him again, he dumped her cold and broke her heart. She was never the same. It took her forever to rebuild her confidence—not until her Instagram took off, really.

Betsy bites her lip and starts fidgeting with her fingers again. “Maybe. All I have is what she told me. I certainly wasn’t witness to what transpired between her and Braden.”

“Besides, you’re the one who told me that she pursued him. Maybe he decided she wasn’t the right match for him.” I can’t help my pleading tone. I’m angry—frightened, even—but I won’t take these emotions out on Betsy. None of this is her fault, and she’s only trying to help me.

“I’m not saying anything, Skye, other than what Addison told me. I don’t know if it’s true, but if there was even the slightest chance it is”—Betsy shrugged, clasping her hands together—“I felt I needed to tell you. I don’t want you to end up brokenhearted like she did. I betrayed a huge confidence telling you this because I care about you.”

I nod. Betsy’s a good person.

But Addison is not a good person. And I think deep down, Betsy knows it.

“I’ve searched everywhere on the internet, trying to uncover this”—I make air quotes—“‘secret’ that neither Addie nor Braden will talk about. And you’re telling me the only secret is that he likes to tie women up, and she decided she didn’t want to do that anymore?”

Is this supposed to surprise me? Addie’s a major influencer. She has a public image of leadership, of being in charge of her life. Of course she doesn’t want to be submissive.

Still…she knew about my nipple clamps. Did Braden use them on her? She must have consented, or Braden wouldn’t have dominated her in any way. It’s possible she submitted at first and then decided that wasn’t her jam after they did something that freaked her out…

And then he dumped her?

Betsy looks away and unclasps her hands, fiddling with her fingers again before zeroing back in on my gaze and placing her palm on my fist once more. “If there is even a tiny chance of it being true, I had to tell you, Skye. I’d decided not to, but then you said you’re in love with him. I can’t let you get hurt.”

“Braden would never hurt anyone. If he was the one who ended the relationship, he had a good reason.” My words sound confident. Almost too confident. Am I trying to convince myself? If Betsy is telling the truth, was Addie refusing to do some kind of kink a good reason?