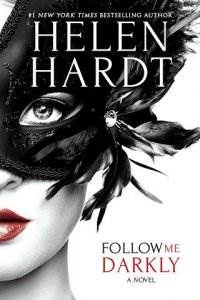 In fact, she says the smell of it gags her.

But here she stands, cinnamon mocha latte in hand, as I snap a photo with her smartphone. She extends her left arm because it has to look like a selfie. A perfect selfie, which is where I come in. A normal selfie is subject to silly things like an arm’s length and faulty lighting, so we have to create the illusion that it’s a selfie.

Bean There Done That, a new coffee joint hoping to give Starbucks a run for its money, just paid Addison a buttload to post a “selfie” with one of their hipster drinks. Apparently having their brew sipped by a Boston hotel heiress means something.

I just haven’t figured out what.

Addison couldn’t possibly spend her fortune in three lifetimes, yet she’s getting paid to pose with a pouty fake smile and a latte.

I edit it quickly, making her look even more gorgeous than she is, and hand the phone to her.

Fat? Addison weighs all of a hundred pounds soaking wet. Still, I take the phone back. I hate not getting it right the first time—I’m a control freak by nature—but I’m used to her. She grabs a compact out of her purse, fiddles with her blond hair, and then resumes her pose.

I need this job. I’m lucky to have this job. I worked my butt off to get this job, calculating every move I made. How else would Skye Manning, Kansas farm girl and aspiring photographer, be hired as assistant to Addison Ames, hotel heiress and Instagram influencer extraordinaire? This was a business move on my part, and I’m not about to screw it up, no matter how much my employer grates on my nerves.

I shoot the photo again. It’s nearly identical to the first. I edit and hand her the phone.

“Much better,” she says. “Get this up right away. Use the copy the company sent us. They’re already after me about not posting it earlier this week.”

I nod, tag the location, and post the photo.

Hanging out at the new Bean There Done That coffee shop in downtown Boston. The cinnamon mocha latte is to die for! @beantheredonethat #sponsored #coffeeisdope #coffeeaddict #coffee #latte #beantheredonethat

Within five minutes, Addison has a thousand likes and a hundred comments.

Sometimes Addison writes her own copy. More often, I write it. This time, we go with Bean There’s copy, since Addison has nothing good to say about coffee of any kind.

I disagree about coffee. I can’t get enough of the stuff, and my mouth waters over the cinnamon mocha latte that will end up in the trash. Does she ever think of offering it to me?

Addison Ames doesn’t concern herself with the “help.”

My phone dings constantly with new comments on Addison’s latest post. I look down. Yeah, more of the same.

Love me some cinnamon mocha latte!

Bean There is the greatest! #whoneedsstarbucks

You and I both love cinnamon mocha lattes!

Until my jaw drops.

Part of my job is to delete all negative comments as soon as they post, and I’m about to, until I notice the sender.

The billionaire? Can’t be.

His profile pic is on the money. Gorgeous dark hair and blue eyes the color of the hottest flame. I know, because I’ve spent the last month drooling over his spread in GQ. It’s Braden Black all right. He’s fairly new to his money, not born into it like Addison, and definitely from a blue-collar background. How do they know each other?

Doesn’t really matter. I quickly delete the offending comment and search through the rest. This part of my job is unending. Social media posts are forever, so a negative comment can pop up anytime. My only consolation is that Addison rarely checks her Instagram account. Those questions she sometimes answers? That’s me, not her. She has a private Instagram for her large circle of rich friends, and she also uses other social media. Her public Instagram, though, is where she makes money.

I catch an Uber by myself back to her office. It’s in one of Daddy’s most posh hotels in the heart of Boston. Although Addison doesn’t keep normal hours, I’m expected to. I don’t mind. It’s a job. A job is supposed to have normal hours. Of course, oftentimes she calls me outside those normal hours if she needs a “selfie.” “No one takes a selfie like you do, Skye,” she says with a smile.

I should be flattered. My skill as a photographer had a big part in landing me this position. So it’s not exactly art. At least I’m doing what I love.