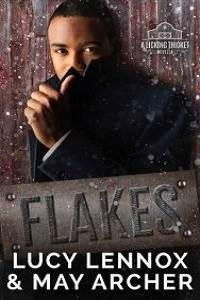 “Are you suggesting I’m some kind of flake, Kearns?”

Ryder Richards stood in the middle of Ruby Granger’s almost-finished kitchen with his corded, tattooed arms folded across his broad chest. His toolbelt hung low over jeans that were criminally tight, his long dark hair looked freshly tousled, his normally olive skin was flushed pink, and his dark blue eyes spat fire at me.

Sadly for him, this wasn’t the first time (or the 101st time) he’d gotten all riled up over one of my perfectly innocent, entirely helpful comments in the three-ish years we’d found ourselves working the same remodeling jobs.

Sadly for me, a riled-up Ryder Richards was not one whit less enticing now than he’d been years ago, nor was he any more interested in hooking up with a skinny, straightlaced interior designer than he’d ever been.

Which was a good thing. Obviously.

Or maybe not a good thing, per se. He was extremely good-looking—rich, dark hair that was always messed up from his motorcycle helmet and blue-green eyes that seemed to notice everything. But me mixing business and sexytimes? Heck to the no, no matter how handsome the guy was. I’d learned that lesson a long time before Ryder and I ever met, and it had stuck.

And yeah, it had maybe stung that Ryder, who seemed to have a coy smile and a flirty joke for every contractor, inspector, delivery person, pizza guy, and golden retriever he encountered, seemed to save all his scowls for me. There were miles of land between scowls and sexytimes, after all, and there was a hot minute there where I’d have liked to be friends. Friendly. Something.

Nowadays, though? Pffft. I barely noticed.

Or, okay, maybe I noticed—maybe I couldn’t help but notice—but at least now I could rationalize his weird dislike of me as me doing my job.

Ryder might be an incredibly talented carpenter, and his company, Richards Renovations, might be the best in the business, but Ryder had let all the praise go to his big, dumb, sexy head. It was, therefore, my duty to call him on his bullshit, right? That’s what I tried to tell myself. And never let it be said that Colin Kearns, lead designer and soon-to-be partner in Marvel Interiors, shirked his duty.

“A flake? Gosh, no! You misunderstand me, Mr. Richards.” I clasped my iPad to my button-down shirt with both hands. “After all, weren’t you voted Best Carpenter in all of Tennessee by that magazine last month?”

Ryder’s head went back just a little, like he was surprised I’d noticed or mentioned it. “Just East Tennessee,” he growled modestly.

“Still! What an honor! And I don’t think it matters one iota that it’s a free magazine you can pick up in the checkout aisle at the grocery store, or that probably only six people voted, or that you’d probably slept with all of them, so don’t let anyone tell you different.” I beamed at him sunnily. “Your workmanship is… just fine.”

I was mature enough to admit that this was a massive understatement.

I was also immature enough that his narrowed eyes and his frown gave me a hard thrill.

“I merely pointed out that Ruby Granger—who happens to have 1.5 million Instagram followers and a slightly larger reach than the Cumberland County Shopper’s Gazette—probably expects to have her cabinet doors installed at some point before her charity open house in three days. I was being helpful.”

“Would we call it helpful?” Ryder’s cheek twitched like he was fighting a smile, and he pursed those bee sting lips that on someone else—someone less Ryder—would have been sexy as all hell, but on him just looked big and sweet and kissable and… never mind. “’Cause I can’t lie, Kearns. Telling me something I already knew sorta felt like the opposite of helpful.”

“Gracious gravy, no! No, the opposite of helpful would be if I said something like, ‘It’s barely five o’clock, with three days go to before turnover, there’s a ton of work left to do, and only an idiot would let his whole crew go home two hours early.’ The opposite of helpful would be to say, ‘If you’d spent as much time working this afternoon as you did chatting up the party planners and conning them out of baked goods—’” I thrust out a hand toward exhibit A, a giant platter of cupcakes covered in edible gold leaf and silver glitter, which was way more than any one man should be able to consume without sliding into an irreversible carb coma “‘—we might have been done by now.’ See the difference?”

“It’s New Year’s Eve.” Ryder shrugged. “The guys have plans, and the weather’s turning crappy. Besides, it’s not their fault the client wanted custom pink iridescent cabinets for her garish mountain love shack that didn’t get delivered until yesterday. Work ain’t the be-all, end-all, Kearns.”

“It is New Year’s Eve,” I agreed, chin in the air. “And I had plans too. But getting this ‘garish’ work done is the be-all, end-all if I want to be promoted to partner this year.” I used finger quotes to call him out for his snide remark about the decor even though I may have silently agreed it was garish. Not my fault Ruby had horrific taste.