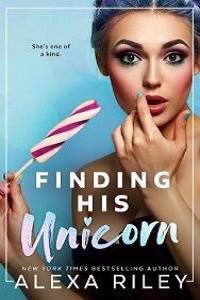 “Didn't you get a D in that engineering class you took?” I ask Rie as she plays with the tail of my unicorn costume. I knew she tried out the class her freshman year of college because she’ll try anything.

“It was a D plus, so it counts as passing.” She says that, but the look on her face doesn't agree with her as she goes back to messing with the end of the tail. “I think I got it.”

She yanks on the tail a little too hard and I feel it tug at the backside of my costume. I almost fall over from the action but she helps catch me before I can face plant onto our living room floor.

“I think you should wear flats,” she teases, fighting a laugh.

“Crap. I didn't think about shoes! What kind of shoes do unicorns wear?” I glance around the living room like they could magically appear. “I don’t have hooves lying around.”

“Thank God because that would be weird.” Rie makes a grossed-out face that isn't helping right now. How could I have forgotten about shoes? I’m dressed to the nines with everything else for this costume. We worked on it all day yesterday so it would be perfect.

“I’m serious. I want to do this right so everyone at the office will like me,” I plead with her.

My new job hasn't been so easy. I don’t know why a few of the front office girls don’t like me. I try to spark up conversations with them, but most won't give me the time of day. When I walk into a room they all stop talking like whatever they were saying was about me. There’s this clique and I haven’t gotten into it. It’s worse than high school and I thought those days were behind me.

“I was sure your snickerdoodle cookies would work.” Rie shakes her head, not understanding.

That was a bust, too. I make the best snickerdoodles in the world, or at least that’s what people tell me. I baked all night to take them in for the office breakroom. The women informed me how many calories were loaded into my yummy treats and no one touched them. You’d think I worked in the beauty industry or something and not in a call center. I spend my day redirecting calls to the right departments, and although it’s a boring job it pays well. I guess that’s what really matters when you need to pay your bills.

I go toward my room in search of shoes. “Watch it!” Rie shouts as she jumps out of the way so I don’t hit her with my tail.

“Sorry,” I mumble. This costume might have been a bad idea. I’ve heard of company picnics but I’ve never heard of a company costume picnic. I don’t know how I came up with the idea of dressing up like a unicorn but it sounded easy enough. Unicorns aren’t real so there was some wiggle room to do whatever I wanted.

I thought a bodysuit with a tutu would be perfect. Throw some glitter in there with fun makeup and a unicorn horn headband and bam! Then Rie got the bright idea that I should have a tail and I was down with that. She said she could make it for me, but she didn’t tell me it would shoot glitter. I mean, that sounds pretty cool but way over my head.

“These?” I turn around to look at her and she’s holding a pair of pink Converse. What the hell? They’re pink and I won’t kill myself wearing them like the purple heels I was eyeing. I got them at a thrift store two months ago but haven’t had the moxie to wear them yet.

“Good call.” I take them from her and pull them on.

“Okay. So you just need to push this button whenever you want the glitter to come out,” she says as I finish tying my shoes to look up at her. She’s holding out a small remote and my eyes widen. “Don’t push it now. Cleaning up glitter is a mess.”

“Maybe I shouldn't use it then.” I worry my bottom lip between my teeth. I don’t want to get in trouble for shooting glitter everywhere. I want everyone to like me.

“Stop that. You’ll mess up your lipstick.” She points to my mouth and I let go of my lip. “You’re going to be outside so it will blow away.” She waves her hand dismissively and I take the remote from her.

She tucks a curly lock behind her ear that we colored to match my costume. I think about how weird it is to see her dressed up. I should be used to it because she does this every Sunday.

Rie is better at this kind of stuff than I am. She can make friends in seconds while I can be awkward and tend to get nervous and ramble on about nothing. Either that or I spill every detail of my life and overshare.