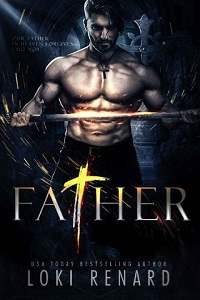 Chain link gates shudder to a close behind me with a surprisingly tinny clang. Aside from the wire and the lights and the general accoutrements one requires to keep humans captive, you’d never know this place was a lockup. I didn’t know it was one. The building itself is gothic and ominous and looks like a castle. I guess it's more like a dungeon for bad girls.

I swear I’m not a bad girl. I've just been mistaken for one.

In front of Her Majesty’s Prison Holloway, just outside London, a man in a bowler hat and a tight suit is waiting for me. I know he’s waiting for me because he has a gold-edged placard with my name printed carefully on it, as if he’s picking me up from the airport. I wish he had been waiting for me when I arrived at the airport. It would have been a lot better than the two squad cars full of police that were there instead.

It’s my brother’s fault. Jonah has been wild ever since our parents passed away when we were both eleven. He never got over it. Neither did I, but I’m a quiet kind of crazy. Jonah’s a loud kind of maniac crazy. When I see him again, there’s going to be hell to pay.

The man picking me up doesn’t match the mental picture of the person I thought would be taking charge of us. The judge handed down a sentence I know we were lucky to get. Jonah and I are technically British citizens because our mom was, and our bio dad was too. But we were born and raised in America. So I was kind of expecting to be deported back to the States. Then some old friend of the family, a priest, petitioned the judge to have us released into his custody as a kind of probation deal, and for some reason the judge agreed. I am not asking too many questions. I am just thrilled there’s a deal that gets me out from behind bars.

But back to the man with the car. He’s of an indeterminate age. I don't know what color his hair is, or if he even has any, but I am going to guess that it is close-cropped and brown. His features are neat, compact, and sort of snotty, like he was made to look down his nose at others.

“Hi,” I say, shouldering my belongings that have been ever so kindly stuffed into a trash bag for me. “I’m Nina.”

He doesn’t smile as he inclines his head ever so slightly, then gestures to the back of a vehicle.

“Hello, Miss. My name is Crichton.”

“That’s because I am a butler.”

“I don't look like a priest because I am a butler,” he repeats.

“What kind of a priest has a butler?”

“A busy one,” he says. “Come along, gather your things. The master will want us home before nightfall.”

“The master,” I repeat, laughing. The butler doesn't laugh. He looks at me with that staunch glare that suggests he will cut a bitch if that bitch doesn’t get in the car.

Crichton opens the door for me. That’s nice, though lots of people have been opening doors for me the last few days. Most of them because they were locked with keys only they had. I get in the back seat because that's the only seat to take. Jonah’s gotten shotgun already, of course.