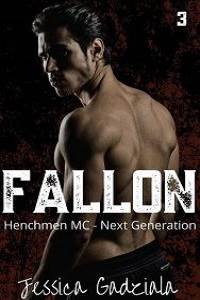 Growing up in an MC had long since removed the shock of seeing women stripped bare in public.

I was only about eleven the first time I walked out to see two of my club uncles doing an Eiffel Tower with one of the clubwhores.

Life had been a consistent battle of trying to force these rough and tumble types of men to respect me while also needing to simultaneously accept the exploitation of the clubwhores.

It made me a hypocrite, sure, but there was also nothing I could do about it.

Besides, it wasn't like the women were forced to be clubwhores. Some chicks just liked to get down and dirty with a bunch of bikers. Sometimes many at the same time. Who was I to judge?

That was feminism at its core, wasn't it?

"Shanny got her tits pierced," Dutch said, holding out a bottle of beer he'd taken from the fridge behind our vintage bar that the guys had haphazardly renovated with wood they'd stolen from a construction site, despite the fact that we could afford to buy some ourselves without a problem. They had to get their kicks somewhere, I guess.

"I see that," I agreed, popping off the cap as I looked over at the short, stacked blond who was shaking her giant boobs in the faces of two of the guys, her nipples hardened and sporting some shiny new surgical steel barbells.

Shanny was a flashy sort of chick. I imagined once the piercings healed, she'd find some getup that would connect her tit piercings to her navel piercing. Hell, she might even figure out how to incorporate her hood piercing as well. If nothing else, she'd get some loud—and arguably tasteless—matching jewelry to tie it all together.

"What do you think?" he asked.

"Of her nipple piercings?" I asked, shooting a look at my Sergeant At Arms.

He was, objectively, a good-looking guy. I think that, after so many years working side-by-side with someone, and sometimes needing to remind them that having a pussy didn't mean he got to toss some disrespect my way made it harder for me to see him the way any woman might see any man. But he was attractive. Tall, fit, with dark brown hair and a matching scruffy beard, covered in tats, and with somewhat off-puttingly bright blue eyes.

"I imagine it hurt," I said, shrugging.

"If she likes them, I like them," I said, starting to catch on.

"If you want to ask me if I eat pussy, Dutch, just ask me," I suggested, shooting him a bored look.

"Alright. Well, do you eat pussy?"

"Actually, why don't you explain to me why you asked?" I suggested, tone cool.

"It's just that you never bring anyone home."

To an old bar turned clubhouse full of outlaw bikers.

That wouldn't be a mood killer or anything.

Though, to be clear, the bar was badass. There had been a lot of choices in Navesink Bank for buildings I could have chosen. Objectively, all the others might have been more logical choices. Big warehouses or even an abandoned little strip mall. Places that would have had a lot more space for spreading out.

But when I'd seen the bar, I knew it was the only clear choice. First, because bikers belonged in bars. Second, because I figured, as we established ourselves more, we could revamp the bar, and open it up as a legitimate business. I'd bought it with its—insanely expensive—liquor license, which was hard to come by in the area. It ate through pretty much all my savings, but the gun running business was thriving. I'd needed to live on a tight budget for almost a year, just so I could continue to pay the guys what I owed them, but my coffers were slowly but surely filling back up.

And, eventually, if we opened the bar, we'd be rolling in it, while also being able to wash our illegally obtained money.

There were only a couple bars in town. One was at the back of a liquor store, and catered to old men and just about no one else. Then there was Chaz's which was the main town bar. It also happened to be owned by the Mallick family who used it—among a dozen other businesses—to wash the money they earned from loan sharking.

The competition was low.

And if we could offer something different than they did, we could really have something going for us.

I hadn't shared that plan with my men yet. I'd learned long ago to play my cards close to my vest. Not because I didn't trust my men, or because I required their approval. But one thing I learned about men, it was they were every bit as fucking chatty as women. Which meant they would spend the next year or two hatching plans for the bar before I even had any plans to open it. By the time I got around to putting things into the works, they would all have opinions, and would be all butt-hurt when I didn't go with their ideas.