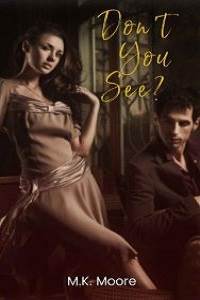 "Dad, you can't be serious," I say pacing his office. Why is he doing this to me? I have been a loyal foot soldier not to mention son. This is outrageous, to say the least.

"Don't be so dramatic, Fabrizio. You still have an entire month until she's legal. You can still sow your wild oats until then. Hell, no one would think any less of you for keeping a mistress after you marry the girl." Fuck that. I'd think less of myself.

He can't be serious about this though. A twenty-nine-year-old man has no business being force-engaged to a seventeen-year-old girl, granted she’ll be eighteen when we marry, but still it’s fucked up. Beyond fucked up and I can’t believe that it’s really happening. I’m going to have to come up with something before then. While I am pissed this is happening to me and I will do everything in my power to get out of it, I am more so thinking about the girl. How awful this must be for her if she even knows. I have the sneaking suspicion that she would be forced to St. Francis’ church without knowing what the fuck is going on.

“Again, I say, you can’t be serious. She’s a fucking child.”

“She’s hardly a child, besides, you won’t even meet her until she’s not. She is at a French boarding school run by nuns until two days before her eighteenth birthday. The wedding will take place on her birthday. Really, you are the one acting like a child. Her father is keeping her safe from our enemies until you can marry her. You know this must happen to prevent all-out war with Santucci’s. I am just doing you the courtesy of telling you what’s going to happen in the extremely near future. You can go now,” he says, dismissing me.

“Can’t you just band together? Why does it always have to be a marriage?” I demand, ignoring his order.

“I guess I get that I do. But why me? Why not Alberto?” I demand, my arms folded across my chest. I drop them immediately, realizing I am the one who’s acting like a child now.

“Because he’s promised to Maria Durante. You know this. He has been since she was born. You know we do things we don’t want to do in this business. We do what needs to be done. It’s inevitable, Fabrizio. You know that it is. We do what we must in order to survive. Always have, always will. We have to make alliances all over the northeast just to stay alive. I know you, son. Don’t do anything rash between now and then,” he warns in the same tone he used on me as a boy.

“Marry someone else just to spite me. You know what I am capable of and I won’t hesitate to end the life of a girl you think you can use to manipulate this alliance. Fuck whoever you want to, make a thousand babies with all of them but do not marry another. Fawn Manero will be your wife come hell or high water. Don’t test me on this.”

“I have to be, and you’ll be one too someday. Your brother will be in charge, but you will be his right hand. You both will make decisions that you don’t agree with, but it will be for the greater good. You’ll see. Go. Now. Send your mother in on your way out,” he decrees. He’s done talking about this. He’s right though. He knows I’ll do anything to keep my family and our men safe. Even things I have no business doing, like marrying a stranger. I don’t know what I am thinking by agreeing to this. I am a man with many, many enemies. My job is killing those that need killing and I have no qualms about it. I’ll do what I always do and kill to protect my wife. Chances are, we won’t have anything in common, and we won’t get along, but no one will ever know that.

Curious about the future Mrs. Fabrizio Vitali, I had my mother ask her mother for a photograph under the guise that I wouldn’t be going into this blindly. When I got the picture, I just about swallowed my tongue. There is no fucking way this girl is only seventeen. Then and there, I decided that it wouldn’t be a hardship to marry her and that I would always be true to her. So, this is how I find myself barely three days later an international flight to Paris. I must be sure Fawn Manero knows exactly what she’s getting into with me.