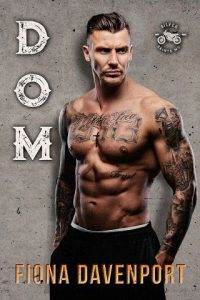 My stomach let out a loud growl, and I struggled to hold back tears of frustration. I had never felt so hungry in my life. Until about a week ago, my life was fairly normal. I had a decent job that I didn’t love but paid okay. My apartment wasn’t anything to write home about, and I didn’t have a roommate, so the space was all mine to do with what I wanted, when I wanted. My car was only five years old and still had another year on the extended warranty. And I always had food in my kitchen, even if it was mostly generic stuff.

That life felt as though it were a million years behind me. I probably didn’t have a job anymore since I’d been a no-show for five days in a row. I hadn’t been inside my apartment since the last morning I’d left for work. And I hadn’t eaten a decent meal since the dollar-menu burger I’d gotten yesterday afternoon—although calling it a “decent meal” was a stretch. The only thing I still had going for me was my car, which was a good thing because it also served as my home at the moment.

After putting ten dollars into the tank—and cringing at how little cash I had left—I parked in a spot on the main drag in a town that was more than five hundred miles away from where I lived. Tired of being cooped up in my car, I decided to get out and stretch my legs. A few doors down, I spotted a help wanted sign in the window of a diner and briefly considered going in to ask about the job. I’d waited tables before, but it didn’t look like the kind of place that would be willing to hire me under the table and my safety depended on me flying under the radar at the moment.

I wandered farther down the street, eventually crossing over to the other side when I was about half a mile from my car. I only made it another block before Mother Nature decided to rain on my parade—literally. I raced under the nearest awning so I wouldn’t be drenched. I waited there for five minutes before I realized I was standing in front of a bar and decided to go inside and wait out the storm. Maybe if I was lucky, some guy would want to buy me a drink and I could get a soda. The sugar and caffeine would be enough to keep me going for a few hours at least.

The lighting was dim inside the bar, and it took a moment for my vision to adjust. The place was nicer than I’d expected with hardwood floors, black leather booths lining the walls, tall tables with high stools scattered around the room, and a bar that took up almost the entire length of the space. There weren’t many people inside, and I second-guessed my decision when I noticed they were all men. A quick glance over my shoulder confirmed the rain hadn’t let up outside, so I made my way over to a booth in the corner and picked up the menu that was wedged between the salt and pepper shakers in the middle of the table. The prices were decent but still out of my range.

I was tracing my finger over the picture of a plate of chicken wings when a guy walked up to the table and asked, “What can I get you?”

“Um.” My cheeks filled with heat as I whispered, “Just a water for now while I try to decide what I want.”

The bartender poured me a glass of ice water, left it on the table, and went back behind the bar just as a man came through a door marked “Employees Only” on the far wall of the room. He didn’t look my way, but my breath caught in my chest as my eyes scanned him up and down. I took my time doing it, and not just because there was a lot of him to take in. The man was so darn sexy that I couldn’t tear my gaze away from him.

He was more than a foot taller than me, probably about six and a half feet tall. His jeans were snug in the thighs, and the way the muscles bunched with each step he took was mesmerizing. His long and muscular arms had veins that would make a phlebotomist very happy. They were also covered in sexy tattoos. His thick, dark hair looked as though it was overdue for a cut, and my fingers itched to run through it. If I’d run into him in a bar back home, I might’ve worked up the nerve to flirt a bit even though I tended to be super shy around hot guys. Something about this man had me wishing I was more daring...and not in the middle of a situation that had me on the run.