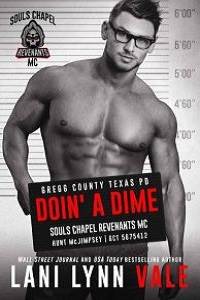 I blinked, surprised to find myself staring into dark brown eyes.

“No problem,” I murmured, my day all but forgotten as I looked down into her eyes. My gaze traveled over her face.

She had really long eyelashes. Like, so long that I wondered if they were fake.

If I reached forward and grabbed them, would they come off in my hand?

I couldn’t stop myself from asking.

“Are your eyelashes real?” I blurted.

Most people would be turned off immediately by my bluntness.

I’d found, over time, that my blatant disregard for propriety didn’t endear me to many people, especially women that were asked about whether their eyelashes were fake or not.

“They’re so long that they kind of make me think that they’re not. Can I pull them?” I found myself asking.

So I didn’t interact with people all that much.

I thrived behind a computer. When I was out in public, among the human population, I found myself being awkward, annoying, and overbearing.

Something in which I had been told multiple times today.

When I reached forward and did just that, I think she was surprised.

Did she think that I was kidding?

But the only thing to come off when I reached for her eyelashes was a bit of mascara and one tiny hair.

I looked down at it on my calloused finger, made a wish, and blew it off.

When I opened my eyes again, she was walking away, sipping her coffee as she did.

My eyes took in the rest of her as she swayed her hips to and fro.

She was short. Well, not really short. More of a regular-sized woman, if I had to admit. But she was short compared to my six-foot-four.

She looked over her shoulder, and the movement caused her highlighted brown hair to slip over her shoulder and fall in a wave down her back. It almost reached mid-shoulder. Not super long, but not short, either.

She grinned at me, and I was struck again by her eyes.

Her eyes were the most gorgeous shade of brown I’d ever seen—like my favorite type of chocolate—and they were covered by the longest eyelashes that I’d ever had the chance to pull.

I was so weird.

I grinned at her, and she grinned back.

She didn’t realize it, but she was about to be seeing me again.

I immediately went home, hacked into the public library, and then went even further to not only find the computer she was working on, but her name, date of birth, and any and all relevant information that would be needed for what I had in mind.

I was deep in the middle of looking into her when my phone rang.

I absently reached for it and picked it up, placing it against my ear.

“I can’t believe you didn’t call me the moment that you got out of that courtroom,” my mother groaned. “Well, what happened?”

“I was given a plea deal,” I answered. “Ten years in prison with the possibility of parole at four.”

Her gasp made me roll my eyes.

“You have to go to prison, and you didn’t think that was information that I needed to hear?” she shrieked.

But what difference did it make if she knew or not?

I would still have to go!

“I thought I’d tell you over dinner before I had to leave,” I admitted.

The less time that I had to deal with my family, the better.

They were all overprotective assholes who thought they knew better than me.

And honestly, maybe that was the case. Maybe they did know better than I did.

But I was allowed to make my own damn mistakes.

Which, apparently, they didn’t understand.

“You thought you’d tell me over dinner…” She started saying something more, but I’d gotten into the good stuff about the girl. “Was this on the night that you were supposed to turn yourself into jail?”

I blinked, pulling myself out of the girl’s life long enough to respond to my mother’s question.

“Yes,” I said. “I go six months from now. That was the stipulation that I made with the prosecutor and the district attorney that I met with today. That I have enough time to get my affairs in order.”

She started talking some more about how unfair it was—it was—and I went back to looking into the girl.

I liked what I saw.

She wasn’t behind on her bills. She was up to date on her shots. She volunteered at an animal shelter. She went to school full-time and was always home according to her security camera feeds.

She did have a problem with her aunt, though. That I could tell very easily as I looked through her financials.

Twice a month, her aunt wired very large lump sums—fifty grand a pop—into two separate accounts. One that was in town and on the up and up, and another that was off shore, protected.