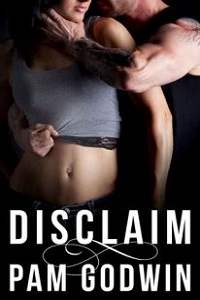 WITH A SWING OF THE HAMMER, Matias pounded a steel tent stake into the arm pinned beneath his boot. A normal man would’ve flinched at the godawful howls of pain. The man he used to be would’ve puked out his guts at the feel of tendons snapping beneath the crude impalement. But focused fury was his internal companion, a ruthless beast risen from the ruins of his former self.

Hazel eyes, identical to his own, stared up at him in pleading agony.

He swung again, burying the spike into flesh. Shredded screams fused with the damp air of the shed as metal pierced muscle and tissue, finding purchase in the dirt floor.

Matias removed the final stake from his pocket. The one that would end his brother’s life.

Luring Jhon to the abandoned farm was easy. Beyond the open doorway, thick foliage cloaked the mountainside, rippling toward a tributary of the Amazon River below. The blue haze of humidity filtered the sunlight and blanketed the atmosphere in a wet sheen.

The remote site in the Colombian jungle indulged his brother’s greed to expand cocaine production. The absence of witnesses made it an ideal place for Matias’ revenge.

With shallow breaths, Jhon blinked slowly, fighting to maintain consciousness. “Don’t do this.”

The same words Matias uttered the night he was ripped from his home. From Camila.

He pressed the stake against the hollow of Jhon’s throat, his voice an avalanche of gravel. “Why her?”

“She was—” Jhon wheezed past gritted teeth. “Something you cared about.”

“She was family!” And so much more.

Speared to the ground, legs twitching against the spikes, Jhon hardened bruised eyes. “I am your family.”

Only by blood, which stank of corroded iron and betrayal as it seeped into the soil.

Matias pushed on the stake, digging between corded sinews and breaking skin. “Where is she?”

Camila hadn’t contacted him in six weeks. The moment his phone stopped ringing, he knew.

Slavery. That much he’d figured out, but it didn’t stop the torment from exploding anew and ravaging his veins with fire. “Where? Who has her?”

A ghost with an invisible trail, likely smuggled to the farthest corner of the world, to be used, broken, and disposed.

The truth resounded in the empty chasm of his chest, a painful splintering quickly snuffed out by the nothingness that consumed him.

He was wasting his time with Jhon. His brother was too cunning, too loyal to the organization, utterly single-minded, and willing to die to protect the only secret Matias wanted.

He reared back the hammer and struck the stake, slamming ten inches of steel through Jhon’s throat. The gurgling cough ended too soon. Just like all the others, his brother’s glassy-eyed silence didn’t soothe Matias’ hunger for retribution.

Jhon’s death was neither the first nor the last. In the months that followed, Matias sank deeper into the unforgiving armor of brutality. He belonged with the cartel, among the corrupted and the heartless, and used every resource available to search for her.

Obliterating men as despicable as himself provided an outlet for the rage he was unable to quiet. He understood the need to gut betrayers and decapitate adversaries, to torture for information, build stronger compounds, and effect armies. He became one of them, embracing their predatory existence and embodying a reputation that made the worst of his kind fear his name.

But it didn’t bring her back.

It didn’t bring back the citrus scent of her golden skin when she’d dozed with him in the grove. The way her shiny black hair whipped against her back as he chased her through knee-high grass. Or the spark in her brown eyes right before she launched a lime at his head. Slowly, his memories of her decayed.

Twelve months after her disappearance, she’d become a mirage in his wasteland, distorted at the edges and flickering out of reach.

He lay on his bed in the newly renovated Colombian compound, hands clasped behind his neck, eyes closed, trying to forget, if only for a few minutes. The faceless blonde between his legs helped with that, bobbing her head and working his cock to distraction.

His lower body clenched, balls aching and tightening as he strained for release. “Faster. Suck harder.”

She quickened her movements, the suction of her mouth hot and wet and—

A distinctive ring tone sounded from across the room. What the fuck?

“Did you hear that?” He jack-knifed into a sitting position and shoved her off his lap.

She dragged the back of a hand across her swollen lips.