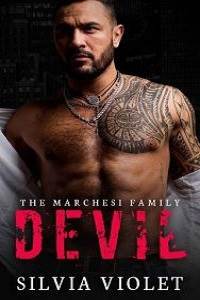 Three months before the events in Lucien (Marchesi Family Book 1)

“We have to do something,” Angelo said.

Lucien sighed. “The lawyers are taking care of it. The best thing for us to do now is focus on something else.”

Fuck no. The best thing to do was bribe, torture, or kill every motherfucker involved in this case until it was dropped. There was no way I was letting my cousin go to jail for murder. “We’re not fucking stopping until we figure out what’s really going on.”

Angelo snorted. “What’s really going on is that some asshole set Luce up.”

“And we need to find him and make him pay for it,” I insisted.

“We will. After I’m cleared.” Lucien ran a hand through his hair, and I noticed it was shaking.

Angelo gave me a meaningful look, and I nodded. Angel and I had been best friends since we were babies. He didn’t usually approve of the way I liked to handle problems—shoot first, then shoot again until I made the problem disappear—not that he hadn’t gone along for the ride plenty of times. Angel might not like the risks I took, but he would do anything to protect his brother.

I’d never seen Lucien scared before, not like I’d seen him this week as mounting evidence made it look like a criminal charge was coming. Lucien had killed before, multiple times, but he would never kill an innocent young woman. The girl had been a bystander during a fight between me and some men we still hadn’t identified.

My stomach flip-flopped every time I thought about my role in all this. I’d been attacked by two men wearing ski masks. After I fought them off and sent them running, I noticed a young woman watching from the doorway of a shop. I assumed she was locking up for the night and had been scared to walk by a fight. I was worried the other men had seen her too, so I offered to escort her wherever she was going. She reluctantly agreed, and I followed her home and waited until she was safe inside.

The next day, Lucien wanted to talk to her to see if she had any idea who the men were. I should have talked to her the night before, but I wasn’t thinking clearly, and I was trying not to scare her to death. Lucien ended up going to see her alone because something else had come up that he wanted me to handle.

Later that day, the girl, Lily Milano, had been found dead. I know Lucien didn’t do it. Even if I thought he’d discovered something about her that made her a danger to us, she’d been stabbed over and over. That wasn’t Lucien’s style. He would’ve ended her with one shot, and he would’ve had the body removed. Lucien killed men who deserved it, not girls who did nothing more than witness an attack.

The cops didn’t see it like that. They were eager to find something to pin on him, and our contacts in the police department hadn’t been able to get their colleagues to drop the case once the media got hold of it. Lucien was probably the last person besides her killer to see Lily alive, and his prints were in the apartment.

“You can focus on other things,” I said. “That would probably be good for you. When was the last time you slept?”

Lucien raised his brows. That was the type of question he’d be far more likely to ask me. I didn’t sleep a lot. I’d never been good at relaxing. Lucien always looked disgustingly refreshed in the morning. Not recently, though. I didn’t like seeing him shaken like he was.

I turned to Angelo. “Take care of that.”

Angelo rolled his eyes. “Like he listens to me.”

“You both need to fucking listen to me,” Lucien said. “We need to lie low. The last fucking thing we need is the police digging into another incident one of us has been involved in.”

“We need to fucking clear your name.”

Lucien held my gaze, his expression dark and serious. When he looked at most men like that, they started blubbering and promising to do whatever he asked. He didn’t scare me, but I listened because part of me wanted to please him, even if he never realized it, even if I fucked up all the time. “Do not involve yourself in this anymore. Our lawyers can handle this. Pop was brought up on murder charges twice. They never stuck and neither did anything else the police tried to throw at him. This will blow over, but it will take a lot longer if you keep fucking around in it.”

“We can’t just sit here and let this go to trial. I’m not going to—”

“Yes, you fucking are,” he growled. “You are going to do exactly what I say. You aren’t going to call attention to yourself in any fucking way.”