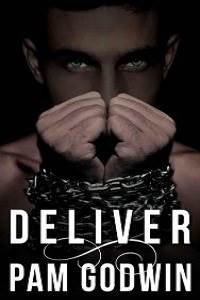 Tonight was the night. Nervousness might have been a natural response in her position, but bending to it wouldn’t change a damned thing. Liv sucked in hard. A lungful of smoke pushed past her unsteady smile and tumbled into a halfhearted cloud against the glare of stadium lights. Force of will pinned her bowed lips in place.

Another drag. Exhale. She stretched her neck and rotated her shoulders.

Whistles and cheers roared from the stands. Green and gold banners rippled to the stomp of thousands of feet on metal bleachers. Wedged between a trash barrel and a concrete wall, she smashed the cigarette on the No Smoking sign bolted to the railing at her hip.

To blend in as a Baylor University Bears fan, she wore a green t-shirt and dark jeans. Her alcove was field level, out of the path of foot traffic, and the best vantage to observe her mark. The boy. A goddamned saint. He likely hadn’t known a night similar to the one he was about to have. Her stomach quivered in a war of dread and anticipation.

The scoreboard counted down the final five minutes of the game. Le Male aftershave wafted from the nearby huddle of guys. The scent of store-bought pheromones mingled with their sweaty excitement and the nachos clutched in their hands. Smelled like fucking team spirit. Right now she hated Nirvana and everything musical expression had once meant to her.

She shouldn’t begrudge the college boys their thrills. To be fair, a number of them, with their athletic frames and juvenile energy, could have been her next delivery. But she’d already chosen. A fucking holier-than-thou virgin boy.

The tone of cheers exploded in volume and urgency, drawing her attention to the field. Green jerseys descended upon the turf, cleats kicking up mud, the rush of testosterone led by number fifty-four, the Bears’ star linebacker.

He jogged to midfield in long-legged strides, the seams of his sleeves straining to contain his biceps. She leaned over the railing, eyes glued to his gait. Self-assured and powered by trained muscles, he covered the field like he owned it. Given the whoops of his fans, he did.

His helmet, rib protectors, and shoulder pads concealed his pale green eyes and black hair while enhancing all six-foot-two inches and two hundred and twenty pounds of masculinity and sexual innocence that met the client’s conditions. But she knew everything about the twenty-one year old. She had been watching Joshua Carter for weeks.

Daily surveillance had put her in the woods surrounding his parents’ farm at five every morning, stalking the campus halls during his classes and football practices until four, and back in the cotton fields until dusk.

In his four-year college career as a linebacker, he had caught a record twenty-three interceptions. As a trained sex slave, he would catch seven digits in an offshore account.

While his predictable schedule made him an easy capture, his notoriety on the team magnified the risk. But it was the raw beauty in his seductive eyes and honed physique that passed a whisper between her ears, the kind that couldn’t be unheard once acknowledged. He was the one.

A stolen password gave her access to his university records. As the only child of poor farmers, he would’ve needed every bit of financial aid offered had he not received a football scholarship. His scholarship essay supported his pursuit in earning a degree in Religion, stating it would equip him with the tenet and fortitude to effectively fill a professional ministry role.

His righteousness chafed her heathen ass, but it avowed his virginity. Not an easy find these days, especially not in one so potently masculine and easy on the eyes. Which was why she’d sought this particular job on Baylor’s Christian-centric campus rather than her usual hunting grounds in the slums of Brownsville and Killeen. Besides, he would forget all about his godly endeavors by day two in chains. Just like all the others.

The visiting crowd moaned. Their quarterback lay on his back, the football wobbling beside his grass-stained helmet. Beside him, number fifty-four stretched out a hand to help the guy to his feet.

“A terrific defensive play by number fifty-four, the Bears.” The announcer’s enthusiasm reverberated above the hoots of Bears fans. “Results in a sack.”

Anticipation twitched her shoulders. She came to watch him steal the spotlight. He didn’t know it would be the last game in his career, but she would remember the high points for him. She would remind him of his glory right before she peeled it away and rebuilt him into the sum of the buyer’s requirements.

Sixteen- and seventeen-year-olds were her forte. Not too young to make her stomach roll with pedophiliac queasiness and not too old to resist her methods. Though, with enough time, she could find the chink no matter the age. The buyer for this job demanded a boy in his twenties, virtuous in his relations with women, and a body disciplined to accept and please a man.