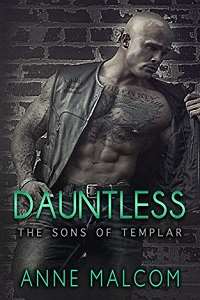 Everyone measures time differently; the most common, of course, is hours, minutes, years, days. People count the days until weekend, until their next holiday, the moment they can sink onto a sofa after a long day. That’s what life is, a big yawning expanse of time, and we find different ways to measure it along the way. Pass it. Find ways to distract ourselves from the grim reality of mortality.

I say we. I mean they. It’s tempting to include myself in the proverbial we, to give myself at least the illusion of belonging. But I don’t have time for illusions. For euphemisms.

They measured time like that. I didn’t. Ever since I was old enough to grasp the concept, I understood I was different. My mind never thought in those terms, searching for a yardstick to measure my existence. I was too busy trying to survive. I lived in the present, the moment. I had to. The luxury of daydreams or plans for the future meant getting lost in my own head. Being more vulnerable than I already was.

That’s my long-winded way of saying I had a less-than-stellar childhood, where I had to be on the ball if I wanted to stay alive. If that’s what it was back then.

In this yawning tunnel of the present I’ve found myself in for most of my life, there was a time when I did venture tentatively into the future. Made plans. Dreams.

Then it was all shot to shit.

I couldn’t tell you, not even an estimate, on the amount of time I’d been in the damp concrete matchbox with a prison-style bed and steel bucket serving as the only décor. The rusty handcuff on my wrist served as my only accessory. I mean only; nothing else covered my body. The rough cotton sheet scratched my bruised skin when I huddled under it for warmth.

Hours. Days. Weeks. Months, even. It was possible. I couldn’t say. I also couldn’t say how long it had been since I’d eaten, showered.

I was measuring time differently now.

There was no such thing as the passing of the sand in the hourglass. The rising or setting of the sun. Only the yawning chasm of loneliness and despair between now and my next fix.

It had been a while, I knew. Too long. A thin layer of sweat covered my body, despite the chill in the air. My heart thumped in my chest, the beats seeming to hasten with every passing second. I had been deprived of my medicine, my escape, once before, and I knew it wouldn’t be too long until I was hunched over that bucket, sick from not getting what I needed.

Dying. Convinced I was, anyway.

I sat on my hands, the only way to stop from picking at my skin. My eyes were glued on the steel door in the corner of the room. Not so I could devise an escape plan, but willing it to open, for my next fix to be on the other side. That was the only escape I needed.

A murky memory surfaced as I distractedly hummed a long-forgotten lullaby.

“You’re stronger than this,” he told me, his voice serious and soft.

“Than what?” I half hissed, aware that my voice was far from soft.

He stepped forward, cupping my chin in his hand, choosing to ignore the way my body stiffened at the contact. “Than letting some demon have control over your body, like your skin is merely a vehicle, an empty vessel,” he said, eyes blazing.

I blinked, his words jabbing me like tiny spears. Anger bubbled up from the cauldron it had been simmering in. Not because he was wrong—because he was right. That was the problem. For someone who seemed so obtuse, he knew far too much. Saw far too much.

“You have no fucking clue what you’re talking about,” I snapped.

With a tilt of his head and a hardening of those hazel eyes, he saw. Saw it all. “I know what it’s like to have the monkey on your back, to feel the need not to fill the void in your soul but disguise it.” His hand tightened on my chin. “I may not know everything, as much as I’d like to think I do. But I at least know that. I also know what beauty is. True beauty. Mostly ’cause I’m staring straight at it. I know there’s nothing I can ultimately do to make sure that beauty don’t get tainted with ugly. That’s up to you. What I can do is remind you that you’re more. More than you think you are. A fuck of a lot more,” he declared.

I blinked at him. His words struck a chord deep within me. Maybe it was because no matter how hard I tried to deny it, I felt something for him. Maybe it was because it was unnerving to see him so serious, not a glint of joking in his hazel eyes. Whatever it was, in that second, that moment, I believed him.