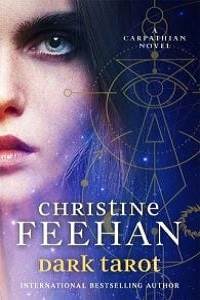 Sandu Berdardi had a decision to make. He sat on the roof of a building facing the ocean in the dark of night, watching the waves as they came and went in a never-ending show of power. He was like that sea. He scrubbed one hand down his face, knowing his time had been up centuries earlier. He had hung on far too long. A matter of honor. Always it came back to that. Honor. It was inked on his back.

He was an ancient Carpathian. There were few of his kind left in the modern world. They rarely scarred, not unless they had been wounded mortally and somehow managed to survive. He had several scars. Tattoos didn’t take on their skin. Those had to be carved into flesh repeatedly and stained with special plant-based ink.

The oaths tatted onto his back were all about honor. His entire life had been dedicated to honor. Here he was, on a rooftop, far from the Carpathian Mountains, in a country he didn’t understand, surrounded by people he didn’t understand. His time had definitely passed. He knew he needed to go back to the monastery or to choose the dawn.

More and more, he needed to be alone, away from everyone. Hunting alone was a delicate balance that added an extra level of danger. Not because he feared dying, but because he feared what he became when the violence called to him—took control of him. He had learned there were things in the world every bit as monstrous as vampires, and he was one of those things.

He had held on grimly to his honor, held to the code etched into his skin, but he knew time was slipping away from him. His soul had gone from tattered to scarred. There was no removing scars. There was no coming back from some things. His time was over. A Carpathian male had few choices once he lived beyond a certain time, and Sandu had certainly surpassed that time centuries ago.

He didn’t have the social skills to be in the company of modern humans for a prolonged period of time. He hadn’t wanted to learn those skills, although it was apparent it was necessary if he was going to remain here. He doubted if he would. He no longer belonged in this world, and he hadn’t for centuries. He’d recognized that fact many years earlier. He didn’t have an anchor to keep him sane. He’d left the monastery with his ancient brethren in the hope of finding his lifemate, the one woman who could save him, but the world was a big place, and time made it even bigger.

He was a renowned vampire hunter, but truthfully, that only added to how dangerous he was. He had gone into the monastery, recognizing that he was no longer safe around humans, or even Carpathians. When Carpathians were born, their souls were split apart, the dark half residing in the male, the light in the female. The male had to find the keeper of his light and bind them together. That had been the way of their people until their ranks had been decimated.

There were few Carpathian women. Recently, the prince of their people had discovered that a few human women with psychic abilities could carry the souls of the Carpathian males and become their lifemate, renewing hope when hope had been lost for so long. With a world so vast, it wasn’t like there was a beacon guiding them to the right woman.

Sandu had come to San Diego to help his fellow ancients, but it was time for him to leave—one way or the other. Colors had long since faded from his memory, along with any recollections of his childhood. He had lost all ability to feel emotion after those first two hundred years. The longer he lived, the more the whispers of temptation had grown stronger. If one killed while feeding, they could feel a rush, but they would become the very thing they hunted—the undead. He had kept his honor over the centuries, ignoring those whispers and tracking the vampire to destroy him. Now, even the whispers were gone. He hunted. He fed. He lived in a gray void. He searched in vain for his lifemate.

Each kill of the vampire had brought him closer to the edge of madness. Like so many others, he considered meeting the dawn, which was basically suiciding, but that didn’t seem honorable, leaving behind his lifemate to be born over and over with no satisfying love life. When he became too dangerous, he had entered the monastery with the hope of gaining better control before returning to the world and once more searching for his other half.