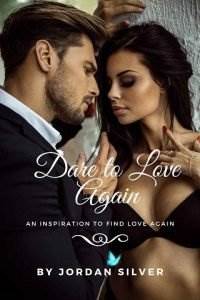 I’m equal parts nervous and terrified as I sit in the parking lot of the Crescent Mall and I have every right to be. There’s also a hint of unbridled excitement coursing through my veins that cannot be helped but that’s a different story. I looked into the rearview mirror at the little head in the car-seat in the back and my heart clutched with warmth and if I’m honest just a little bit of dread.

As my eyes fell on the time readout in the dashboard my heart picked up its pace and my pulse raced uncontrollably. He’ll be here any second. Will he even acknowledge me today, or will this be more of the same? I felt tears begin to prick the corners of my eyes at the thought but knew they were pointless. No amount of crying is going to turn back the hands of time.

Nothing is going to make this right, I know. My ex is not and has never been the most forgiving being on the planet. And if I’m being honest I wouldn’t be so quick to forgive me either if the shoe was on the other foot. Not after the stunt I’d pulled. Something I’ve regretted every day since but was too late to do anything about now.

You see, two years ago I left my husband. There was no explanation given and I didn’t even have the spine to do it in person. Just one day he left for work and came home to find divorce papers waiting for him. There was no note, no way of contacting me except through the lawyers who’d been hired.

If he’d been a monster an abuser, lazy, any of those things a woman might find fault with in a life partner, those actions would’ve been warranted, understood even. But he wasn’t, he was the world’s most amazing man. The mate of my heart, the keeper of my joy and happiness.

He was everything a girl dreams of but believes can’t possibly be real outside of her imagination. No one had ever treated me the way he did back then. I’d never been the center of someone else’s world. Never been more than enough for anyone.

He’d treated me like the rarest treasure, showered me with all the love and affection my sore bruised heart could take in and shown me a world many can only dream of. But in the end the fear that had lived in me from the very start came to fruition. That other being in my life, the one who hangs over my very existence like a dark cloud had found me, and my world came crashing down.

I knew that if I didn’t leave and get as far away from him as possible that the toxicity I’d lived with my whole life would spread to him, thereby tainting the almost fairylike perfection of our union. I couldn’t have that. I’d rather preserve those few months of bliss in my memory than stay and watch it fall apart like everything else in my life that had been touched by the hand of darkness.

The only thing is, I didn’t know that I was pregnant at the time. Upon realizing my state my first reaction was tearful joy. All was not lost. I will have a part of him with me for the rest of my life, someone I can look at daily and see some part of him looking back at me.

Then came the fear of the unknown. What will the monster do? I hadn’t moved back into the family home no matter the threats. Walking away from the lightest part of my heart was all the sacrifice I was willing to make, so once again I hid myself away. I’d learned after this last time that there was no use running, she’ll always find me.

Instead I changed things up at work so that I could work from home. Had all my groceries and takeout delivered and ordered my clothes online. But then the inevitable happened. My mother the toxic one showed up on my doorstep to see why I’d been shut away from the world and out of the aegis of her spies.

I can still remember the fear and dread I felt when I opened the door to see her standing there. And more, the look of hatred on her face. She ordered me to get rid of it, and for the first time that I can remember I fought back. There was nothing she could do. I was of age and lived on my own completely separate from her.

She’d pushed back, threatened and everything else she could think of but for once I held firm and refused, which surprised us both no-end. I wish I’d have found that same spirit months earlier but alas it was not meant to be. It was enough that I’d found it now though, just in time to save my unborn child.