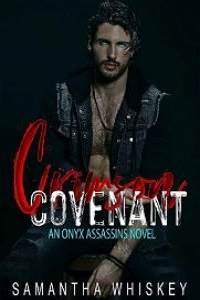 The massive, formal front door of my estate swung open before I could so much as reach for the handle.

“Welcome home, my king.” Serge bowed his head and made room for me to pass. The guy was dressed in a suit, which was as casual as he got. He took his job as the head of the talem—our immortal stewards—just as seriously as I took my position as king.

“You know I was only gone for an hour, Serge. Relax a little. Maybe let me get the door every once in a while.” The sound of my boots echoed off the vaulted ceiling as I strode through the marble entry and past the sweeping, dual staircases that led to the second floor.

“As soon as I’m dead, sir,” Serge called after me.

I shook my head as I made my way into the expansive ballroom that consumed a quarter of the estate’s floorplan. We used the hall for celebrations, official court business, and all the other glitzy shit I couldn’t stand. Suited talem made their way down the four long tables that ran perpendicular to a raised dais, filling crystal goblets with fresh, crimson blood for the evening repast.

I muttered a curse. It was already ten o’clock, and none of the nobility had risen from their guest rooms yet. Lazy fucks.

Lachlan, my second in command, stood at the foot of the dais, looking as out of place in his leather and tats as I did. He was a hulking brute of a warrior with thick red hair and two Glocks openly holstered beneath his arms. No doubt one was loaded with regular ammunition and the other, silver. His eyes narrowed as I approached. Lesser vampires withered under that stare. I was anything but lesser.

“You look hungry or pissed, and I’m hoping it’s the first,” he said with a raised brow and a highland burr that even three hundred years on this continent hadn’t dulled.

“I just fed.” I reached his side, then turned to survey the hall as the first of the nobles trickled in, dressed like they were going to the opera, not just the first meal of the night.

“Pissed it is,” the Scotsman noted, turning to one of the talem who was making his way up the steps to the table I was supposed to be sitting at. “Don’t bother. He won’t drink the canned shite, anyways.”

The talem nodded and took his pitcher to the next table.

“Alek, it would make my job protecting you a wee bit easier if you’d feed on the estate.” He nodded to the left, where a door led to a sumptuous, velvet upholstered room where willing humans waited eagerly for a set of fangs at their veins.

“I never said I needed your protection.” It was the same argument we’d had for the last few hundred years.

“For fuck’s sake,” Lachlan muttered. “They’re right here. They want it. They sign waivers. Though there’s something to be said for the days when they didn’t.” He flashed a grin at me.

“Did he go out to eat again?” Ransom asked with a smirk as he joined us at the foot of the platform. “Can’t blame him. The feeders get a little territorial when he’s involved. It’s like we’re back in the good ‘ol harem days.” He gave a wistful sigh.

“You weren’t alive in the harem days, jackass. None of us were. And don’t encourage him.” Lachlan shook his head and grumbled something about useless nobles as he looked down the tables.

There were half a dozen aristocrats in the hall now, all from the finest families, and they’d all chosen seats at the farthest end from the dais. This court was respected, admired, even emulated…but overall, it was feared.

I liked it that way.

I had no use for the simpering class of nobles who cared more about their proximity to the throne than they did for fighting to keep our species at the top of the immortal food chain. While all vampires were dangerous, those who served in the Order were the most lethal of our kind. We were bigger than average nobility, faster, stronger, and trained to carry out our duty by the Covenant—mete out the king’s justice.

We were called the Order of the Onyx Assassins, not only for the onyx medallion each of us carried from the day we were initiated, but the death delivered by our hands.

“How long are these festivities, anyway?” Lachlan’s gaze moved from one noble to the next, assessing any potential threat as another one of my warriors joined us.

Benedict stood at my left and crossed his arms over his chest.

“Until equinox. Half the nobility aren’t even here yet,” Ransom answered, clearly enjoying Lachlan’s discomfort. “Has Lenora already cornered you? Rumor has it she’s looking to get her oldest daughter mated.”

“He’s not lying,” Benedict added with a touch of a smile. A quick glance at the unchanged, black tattoos on Benedict’s arms confirmed Ransom’s honesty. Whenever someone lied around Benedict, the exact words of that lie appeared on the skin of his forearm in a fresh, black tattoo. Most vampires outside our circle kept their mouths shut around him for that exact reason.