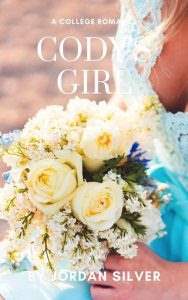 From his first sight of her, he knew she’d make him break all the rules. Cody is a college quarterback from a middle-class background with dreams of making it to the big league. Lisa is the daughter of an elite family with an overprotective mother who’d balk at the idea of these two being together. There’s someone else lurking behind the scenes who would do anything to come between the two young lovers, but Cody’s not about to let anyone stop them, neither is his girl.

“Hey Cody, wait up.” I stopped in my tracks and looked back down the hallway towards my buddy Steve, waiting for him to catch up. He was looking about how I felt after a night of drinking and carousing.

The little drummer boy was still auditioning in my head, and my skull was about to explode. I have got to stop doing this shit to myself—words I’ve been saying for weeks now, with no real force behind them.

As he drew closer, I saw that although he did look like hammered shit, he was still way too damn chipper this early in the morning. That’s Steve for you, though; he’s perpetually cheerful. “Dude, how’d you make out with that chick last night?”

He had a big stupid grin on his face and did that brow twitching shit. I frowned down at him because I hadn’t the first clue what the hell he was talking about.

“What chick, what’re you talking about?” I turned and resumed walking with him, trotting along beside me to keep up with my longer stride. Damn, what did they make this hallway out of? The shit was echoing like an underground cave.

Every step I took sounded like I was stomping my feet along with fifty others, but I was sure that that wasn’t the case. Don’t get me started on the pain that shot through my skull each time I lifted my foot and put it back down again. Agony!

Steve back walked next to me with ten pounds of textbooks in his hands and a backpack that must’ve weighed twice as much on his shoulders. Just looking at the shit sent my headache up a couple of notches.

Where the heck did he get all that energy? I felt like stir-fried shit.

“At the bar, after the game.” He punched my shoulder playfully, but I still didn’t know what the hell he was talking about, and if he does that shit again, I’ll flatten him.

I guess he caught on from the bemused look on my face. “Dude, seriously, how do you do it? She was fuck hot, and you don’t even remember her?” He shook his head in baleful admonishment, and I started to get a sinking feeling in my gut once it began to sink in that he wasn’t bullshitting me.

I have got to get my shit together. I was fast losing control of my life, and I knew it but couldn’t seem to get a handle on my shit. I seem to be on a collision course with a fucked up fate that someone or something else had set in motion. But if what he was implying was even halfway true, then I may have finally hit the wall I needed to crash into to get myself back on track.

My grades are doing okay but could be better. I’d been partying more than studying this last year after buckling down my first two and a half years here.

The only thing I was giving my all at this point was my game. Football is my life though you couldn’t tell it the way I’ve been tying it on here lately. I was putting the one thing I knew was my ticket out on the line.

But even with me knowing that, it didn’t seem to have the power to get me to buckle down the way it once did. It was missing the usual punch, like everything else in my life that used to matter.

I knew what my problem was but couldn’t see how to fix the shit. My dad, the man I loved and respected most in this world, was fighting a fucking disease that I couldn’t do anything about.

I had no power to save him; there was nothing I could do on or off the field that would breathe life back into him if it were gone. That feeling of inevitable doom hit me once again, and I fought it back as I’ve been doing lately, not willing to let it take me over. Afraid of what would happen if I did.

I felt the need for escape hit me in the gut the way it has been for the past few months since I’d first heard the news. But there was no escaping this horror, was there? There was nowhere to run to, nowhere to hide, just like the song says.