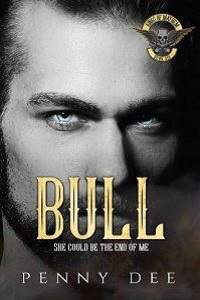 My wife was going to kill me. I was due home more than an hour ago and I was only now walking out the door. I know she’s cooked me dinner, because today she found out the sex of our baby and instead of telling me over the phone, she wanted to tell me face to face. And in typical Wendy style, she was going to make it a big deal. Because in reality, it was a big damn deal.

We were having a baby and I was beyond excited.

Speak of the devil.

My gorgeous wife of three months.

The woman I couldn’t get enough of.

The woman now four months pregnant with my baby.

“Please tell me you’re on your way home.”

“Good, because dinner is almost ready and I want to celebratory-fuck my husband before we eat. So, you need to get your sexy ass home now.”

I grinned. What my wife wanted, my wife would get. “Yes, ma’am.”

Her doctor told her she was allowed one glass of wine to celebrate. And in Wendy’s words, she wanted to make it count with a bottle of Stags’ Leap Viognier. It was her favorite. The same bottle we drank the night I asked her to marry me. Unfortunately, there was only one liquor store in town that sold it, and it was in the opposite direction of the clubhouse.

She growled but she wasn’t angry. “The liquor store is in the opposite direction. I’ll go. You just get your sexy ass home. I want you naked and ready when I get back.”

It started to rain as I pulled out of the clubhouse parking lot. My Harley was being painted, so I was driving the club’s van for the next two days. It was rush-hour traffic, and as my headlights cut into the late afternoon gloom, I made my way out of town toward the watermelon fields where Wendy and I lived in a renovated, sixties bungalow. Out here the traffic was lighter, but as I approached the water tower on the edge of town, the traffic crawled to a stop.

It was raining hard now. Impatiently, I tapped the steering wheel. It had been almost an hour since I’d told Wendy I’d be home. I took off my dark glasses to peer through the windshield. I had a rare form of color blindness. One that doesn’t tolerate light. So, I had to wear dark glasses nearly all the time. It’s also given me eyes the color of arctic ice. As a kid, I used to scare all the other kids with my unholy demon eyes. And as an adult, things weren’t much different. You can see the dread on people’s faces when I remove my glasses and they see my otherworldly irises. Oddly enough, it scares the men, but it attracts the ladies.

I wiped the fog from the windshield. Up ahead, red and blue lights cut into the bad weather. This stretch of road was notorious for accidents. Especially when it rained. And by the look of this one, we were going to be stuck for a while.

I reached for my phone and tried ringing Wendy to tell her I’d be late, but it went to voicemail. A second call did the same.

An ambulance raced past me on the side of the road, followed by a patrol car.

Slowly the minutes ticked by. I continued to thumb the steering wheel, knowing I was letting my wife down.

I’m working on it, baby. Don’t give up on me. I love you so damn much.

The rain slowed to a gentle sprinkling, and as we inched toward the wreckage, I peered through the windshield to get a better look.

Two cars had collided head on. One had crossed onto the wrong side of the road and had a blanket covering the windshield. The driver obviously dead.

But the other car…

The one it had run into.

It took a moment to register.

The shock of blonde hair trailing out the open window.

Dread washed over me.

I ripped open the door.

My feet barely touched the ground.

My legs struggled to keep up with my desperation to reach her. I ran toward the wreck, pushing past people and calling her name. A police officer tried to stop me, but I shoved him out of the way. I could see Wendy trapped inside. Her eyes were open, her brow pulled in with pain. She’s alive. Dear God, thank you. A paramedic was treating her through the smashed-out window. I launched at the broken remains of her car and dropped to my knees. Recognition lit up in her eyes.

Her eyes focused on me. And she smiled softly. “Michael…”

I reached for her hand.