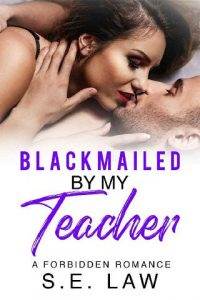 The alarm’s shrill ring dragged me from the best sleep I’ve had in the past week. Wrestling an arm out of the warm duvet, I blindly swiped at it until the godawful noise finally stopped.

Muffling a groan as I stretched out all the kinks in my shoulders, I began my morning routine with reluctance. Studying had taken a serious toll on my mental and physical health lately and last night had been especially brutal.

But today’s exam is important, so unfortunately, some hard-core hitting the books was necessary. Both my brother and I are good students, and as twins and classmates, we decided to study together. We don’t love American History, but it’s a required course. Plus, Kurt is generally better than I am at memorizing facts and figures, so I was grateful for his help.

But as I got dressed, my mind turned to my twin. Lately, Kurt had been even more exhausted than usual. With the constant pressure from our parents to get into a fancy college, it wasn’t too surprising. Plus, I think the fact that Kurt is a boy makes it worse. My parents are still old-fashioned, and they think that a man needs to be the breadwinner of his family. Because I’m female, they still think I can marry rich, although with my curvy body and frizzy hair, I’m not sure any man would be interested in me, much less a wealthy one.

But my brother worries me. The bags under Kurt’s eyes seem to be getting darker, and his ribs have started to poke out under his shirt too. He still eats, but it’s like watching a rabbit nibble at carrots. Seeing my brother so physically run down was painful and there was nothing I could do about it.

That wasn’t even adding in the emotional toll that the stress was taking on him. It’s been years since I’ve heard my brother cry, but lately, I’ve been hearing muffled sobs when he’s in the bathroom with the door shut. He thinks I can’t hear, but in fact, his every sob is audible above the pounding of the shower water.

I’d offered to talk with him about what was going on, but like a typical boy, Kurt refused. Grinding my teeth at the absurdity of the male ego and his refusal to ask for help when he needed it, I forced my attention to the day ahead of me.

I had to stay focused because an A in American History will look good on my report card. What college wants someone who pulls out a B in a class like this? It’s vital that I ace it.

But as I pull on my shoes, I hear painful retching sounds in our bathroom. Quickly, I tiptoe over to the door and knock lightly.

There’s no sound for a moment, but then the whoosh of the toilet rings in my ears.

I wait patiently, and then the door swings open.

“Hey,” I say hesitantly. “Are you okay? I know the exam has put butterflies in your stomach, but it’s going to be fine –”

My brother cuts me off.

“Everything’s going to be fine, Kim. Come on, we’re late,” he says, brushing by me to pull on his jacket. I stare at his turned back, wondering if I should say something, but then my brother shoots me a look. From the expression on his face, he’s clearly not interested in discussing the issue of nerves.

But as the door closes behind us, I shoot another worried look at Kurt. His face is pale, and his entire being seems to emit exhaustion and despair. Is my twin okay? Unfortunately, there’s no way to know.

I glance over at Kurt as I pull the family car to a stop at a red light. It’s worrisome. Every few seconds he begins to drift forward, sleep close to dragging him down, before jerking upright with a start.

How is he supposed to take a test in this condition? He’s barely able to stay awake and Mrs. Rogers is a bitch. Even if Kurt were dying of some disease, I doubt she’d let him postpone. The old crone is just like that.

The reminder of our authoritarian teacher made my stomach’s contents sour. Ever since we started at this school, she’s always seemed to have it out for Kurt and me. Her beady eyes glowered holes into my head anytime I so much as breathed too loudly in class and she was always cackling whenever I got a wrong answer.

Her behavior towards Kurt was even worse. She seems to hate my brother for no reason whatsoever. I don’t get it because he’s never done anything to her. But some people are just nasty for no reason, and unfortunately, our American History teacher was one of them.