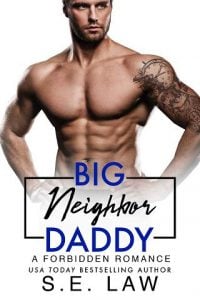 I stand up and zip up my jeans. Honestly, I didn’t need to use the bathroom, but I’ll do pretty much anything to get out of third period and that includes sitting in the antiseptic-smelling women’s restroom at school. I appreciate the custodial staff keeping this place spotless, but I swear my eyes are watering from the strong ammonia scent.

Then again, it’s nice to get a break. It’s not that I don’t like English class. It’s honestly one of my favorites, but Mr. Hoffman has an annoying habit of droning on about things that are irrelevant to the Shakespeare play we’re reading right now. I can only handle so much of his monotone musings about random items before I’m clawing at the walls.

I let out a sigh and bury my face in my hands. It’s odd to be sitting alone in a stall in the deserted bathroom, but I appreciate the peace and quiet because I can’t wait until I graduate and get out of this place. Again, it’s not that my little town of Monroe is bad. It’s just that there’s definitely a mismatch in what’s expected of me, versus what I want in life. For example, my parents want me to go to college, but I don’t know about that plan. Somehow, paying gargantuan sums of money for tuition just doesn’t sound like a great decision, given our family’s unstable financial situation.

I’m just about to get up and unlock the stall door when suddenly, footsteps approach and two women enter the restroom. Giggles abound, tinny and annoying, and I immediately know who it is.

Cindy McAdams and Savannah Close totter inside, their long blonde hair swinging. I catch a glimpse of them through the crack in the stall door, and my shoulders slump. These two popular girls are so ratched and pretty much the textbook definition of mean girls. I hope they do their business and leave immediately, but to my annoyance, they park themselves in front of the mirror and start gossiping.

“It’s ridiculous,” Cindy whines. I can’t see her face, but I’m sure she’s pursing those overly-filled pink lips in the mirror. “I can’t believe Mr. Robinson thinks he can give me detention! As if I’m going to come to class on a Saturday. Doesn’t he realize it’s our senior year? Seniors don’t get detention!”

Savannah nods sympathetically. “Yeah, what a dud. But listen: just don’t go. What can he do, take away graduation? That’s impossible.”

I want to tell Savannah that it’s absolutely possible to miss graduation because it’s only first semester, and there’s still a long ways to go before May. But I bite my lip because these girls have never liked me, and it’s clear that they think they’re alone. It’s probably better just to wait until they leave, instead of troubling the waters. So I stay perfectly still inside my closed stall, practically holding my breath. I’d rather wait this out than risk a confrontation.

Meanwhile, Cindy continues whining. “I mean, I’m way too busy to deal with detention. I’m learning from my sister.”

Cindy chortles. “It’s more like who she did, girlfriend! You’re going to love this one.”

My eyes widen. I don’t know Cindy’s older sister, but I’ve heard stories about her. Karen’s exactly like Cindy except a few years older. She’s got a tight body; long, blonde hair; and seems to get any guy she wants around town. Sure enough, Cindy rattles on, her eyes sparkling with delight.

“Karen had a date last night,” the girl confides. “With this guy named Carl.”

I slap a hand over my mouth to stifle my gasp. There’s a super-hot man who just moved in down the street from my parents, also named Carl. He’s insanely gorgeous with night-black hair, piercing blue eyes, and the build of a gladiator. Could it be the same Carl?

“So?” asks Savannah, her blue eyes curious. “How did it go? Karen gets dates every night of the week. Uck, she’s so lucky.”

Cindy giggles. “Well, I think they had a good time because my sister was out late. I mean, I heard her come in at around 2 a.m. But instead of going straight to bed, she drew a hot bath for herself.”

“That sounds weird. Who takes a bath in the middle of the night?”

“I know, right? But I think my sister was sore from this Carl guy’s size, and she needed the warm water. I got up and was about to knock to ask if she was okay, but she was moaning and said something that sounded like “his huge horse cock.” So I think this Carl person is enormous, and my sister was taking an Epson salt bath to recover!”

Savannah’s jaw drops to the floor.

“Yes way. And guess what else? This morning when my sister came down to breakfast, she was limping. Literally, like someone got her in the coo-chee last night. When she sat, she winced a little, although she tried to not let it show. All in all, I think this Carl guy is an enormous monster. Either that, or my sister went horseback riding on a huge stallion and didn’t tell me!”