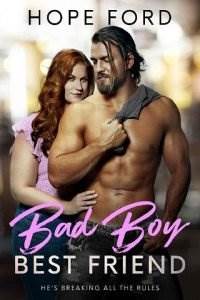 I’ve just finished unpacking my suitcase. All my clothes are in the closet and everything from my boxes is now in the drawers of my old room I grew up in. It’s the last thing I could find to do with myself to stall for more time. I need to come up with an explanation. Looking around at the twin size bed, rock band posters and all the pictures on the walls, it’s full of memories. Mom and Dad have kept it the same, even after me being away at college for four years. I sit on the bed and pick up the picture from my nightstand. The girl staring back at me seems so different than the one I am today. It was at my graduation and I had my arms around my best friend, Austin. We were so happy that day. If you’d told me then that we would go this long without seeing each other, I would have thought you were a liar. I set the picture down and stare at my phone.

There’s no way Austin is going to understand that I came into town three days ago and still haven’t said a word to him. He has no idea I’m here. But even with all the stalling, I still don’t know what I’m going to say to him. It’s actually a miracle that he hasn’t heard yet. It’s a small town and with that, everyone knows everyone’s business. I figured the minute I stepped back into town, it would be all anyone talked about, but somehow I’ve managed to avoid all the gossip. Probably because I’ve been hiding out at my parents’ house.

But now is the time. I’m to the point now that I have to tell him, I have to let him know. If Austin finds out from someone else, it’s going to rub him the wrong way and I can’t blame him for that. If the roles were reversed, I’d be hurt and ticked off, and well, he doesn’t deserve that.

Sure, it’s been over a year since we last saw each other, but we still talk on the phone all the time and normally text a few times a week. It used to be much more than that, but my now ex fiancé was pretty intimidated where Austin was concerned, and so I’ve cut back a little on the texting.

Staring at Austin’s last text message on my phone, which was from yesterday, I type out a dozen different text messages only to delete them.

“Screw it,” I finally say and decide to just keep it simple. I can do the explanations later.

Hey Austin! Just thought I should mention to ya, I’m back home.

I hit the send button before I can overthink it more than I already have.

The music is loud and my date Blair is trying her damnedest to keep my attention, but all I can seem to think about is my longtime best friend, Laney.

She’s not quite been herself the past two weeks, and she didn’t even respond to my last text message I sent yesterday, which is completely out of character for her. The message showed that it was delivered and seen, so why hasn’t she answered it?

Something is going on with her. Should I drive to her house to check on her? Her fiancé won’t like it, but do I care?

Blair grabs my chin and turns my face toward her. She’s undone her top button, showing even more cleavage than usual, which is saying a lot, and she’s doing that pouty lip thing that used to be cute but really isn’t anymore.

She does a little stomp of her feet. “You’re not paying any attention to me.”

I grab onto her hand and lead her to the center of the dance floor. She loves being the center of anything, so I know if I can get her out here, moving and shaking her ass, she won’t be worried about getting my attention anymore. She’ll be trying to show off for everybody else.

While we’re dancing, I feel my phone vibrate in my pocket and I pull it out, hoping that Laney has texted me back with an explanation as to why she went quiet and hopefully some reassurance that she’s all right.

I don’t miss the fact that Blair is staring at my phone, but she can’t say a word about it. She knows what my priorities are. She knows that Laney is my best friend.

I open the message app and stare intently at my phone.

Hey Austin, just thought I should mention to ya, I’m back home.

I squint at the phone, willing it to tell me more. My gut is telling me something is off. If Laney came back without letting me know, she is either in a great place and surprising me and her folks or something is wrong.