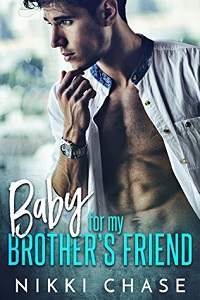 What fresh fuckery is this?

I curse in my head as I stare at the plastic stick, the one with my pee on one end and two positive lines on the little window.

I never thought this would happen to me—ever.

I don’t just say that because I’m a medical practitioner instead of a clueless teenager who hasn’t even sat through a sex-ed class.

I say that because that’s what multiple doctors have told me about the state of my fertility.

I say that because after going through nursing school and gaining some understanding of what medical test results mean, I agree.

I mean, I agreed. Past tense.

Obviously, I was wrong.

All those doctors were wrong.

Sometimes, medical science gets things wrong. This is one of those rare times.

Usually, people know exactly how to react when they hear news about their health that contradicts what the doctors have told them.

Having worked in a hospital for five years, I’ve seen this scenario a handful of times: doctor makes a grim diagnosis; patient’s family grieves; new test result comes in; turns out the patient’s body has somehow fixed itself; family celebrates.

But in my case, I don’t know if this is cause for celebration.

I’ve often wondered, in the past, whether I’d be able to bring myself to get an abortion in case of accidental pregnancy. I never made a choice, though, because I didn’t think it would ever happen anyway.

It’s ridiculous, but I feel like someone’s playing a trick on me. It’s like there’s an evil genius who sits in the control room of my body—a dark, sinister room with sound-proofing foam all over the walls and dots of flashing red lights all over the machinery. All that infertility stuff was just an experiment he was conducting to see if he could fool modern medicine.

It’s fun to blame my problems on imaginary creatures, but it’s not helping.

I need to make a decision about this pregnancy: keep it, or let it go?

My mind stacks up the pros and cons of my options.

Obviously, if I keep it, I’ll have to raise it—I mean, him or her—and that would turn my whole life upside down.

Just yesterday, Martha, the head nurse, was complaining about how everybody was on maternity leave and there was nobody to fill the schedule. I told her she didn’t have to worry about that with me, and she gave me a sad look.

I wonder if I jinxed myself yesterday. Or maybe, Martha has a secret life: nurse by day, powerful witch by night.

At least, I know getting a maternity leave shouldn’t be a problem. For all the challenges this pregnancy might bring, money’s not one of them. I happen to have a pretty awesome job that pays me well and comes with a ton of great benefits.

Time management could be a bigger challenge because I have a busy calendar and barely have enough time to sleep.

But as I learn from hanging out in the maternity ward, priorities apparently shift after the birth of a child, so things that used to matter to young mothers stop bothering them so much. That means I may not even care about greasy hair or missing out on nights out once the baby comes.

Jesus. What am I saying, once the baby comes? I mean if.

I’m not ruling out abortion. Not yet, at least.

Oh, man. I’m in deep shit, aren’t I? I’m living what some people would consider a hypothetical nightmare scenario.

But at the same time, it doesn’t feel like a choice at all.

There’s this knot in my gut that tells me that there’s no other option, that I have to do my best to carry this baby and give him life.

There’s an alien longing, deep in the pit of my stomach. I long to take part in this human experience; I never thought I’d have the privilege to do it.

If I let go of this opportunity, I may never get another chance again. I may regret it for the rest of my life.

Either way, this is a life sentence. I can be a mom for the rest of my life, or never be a mom at all.

It takes eighteen years for a baby to reach adulthood. But let’s face it, if current employment trends continue, this baby will still be living in my basement when he’s forty.

Despite the seriousness of the situation, I grin at the thought.

Nah, if he’s anything like me, he’s going to run away at sixteen and dodge all my calls because he’s too busy partying.

Am I really considering this?

Am I really choosing to be a mom?

Can I actually do it?

Doubt pollutes my mind, dissipating the brief joy that I felt when fantasizing about the child. My child.