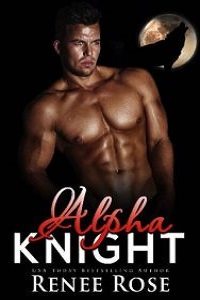 On the day everything goes to shit, you don’t wake up thinking, Today my whole life changes.

Today was like any day. I woke up, showered, went to school, stayed after for football practice, same as ever.

I never expected the screech of tires as Sheriff Gleason skids to a stop in the parking lot by the field. Didn’t foresee him marching out with his hands on his hips like he’s about to arrest one of us.

Coach Jamison jogs over to meet him on the edge, his body rigid with alert.

And then they both turn their heads and look at me.

“Fenton!” Coach’s voice booms. His alpha wolf authority ripples through me, all the way to my shoes.

What did I do?

I whip off my helmet and stalk over like I’m pissed about the interruption, but it’s just my wolf rearing up to face perceived danger. There’s no flight in the fight or flight for an alpha male—especially not in a teen wolf who doesn’t always have aggression under control.

“Get it the car,” Sheriff Gleason snarls.

Coach’s hand drops on my nape, above the shoulder pads. His fingers tighten in warning. If it were anyone else, I’d already have him on his fucking back, but Coach is like a god to us. A better father figure than most of us have and always, always in our corner.

I turn to look at him searchingly.

“It’s Winslow,” he says because he’s not a dick like the sheriff, keeping me in the dark.

Coach doesn’t call me on the language violation, which tells me this is as bad as I’m thinking.

And then I know exactly what it’s about.

Or at least I think I do.

Because I saw this shit coming way back when it started.

The only question is, what do they want from me?

Stealing the 2016 Porsche 911 is the easy part. At least it’s the fun part. This is only my second car theft, but I think I have a real gift for it.

My hair is pulled up in a twist, and I have a khaki rhinestone ball cap pulled over my eyes to hide my face. Anyone who glances over in this crowded parking lot will see someone who matches the car.

It’s just a matter of finding the right make and model in a location without camera surveillance. I’ve been walking around the Scottsdale mall parking lot for days now, dodging cameras and mall cops.

Finally, I spot one. A blue Porsche 911 Carrera 4 GTS, and it looks to be full leather interior. MSRP can range from 100k to 200k depending on the engine and gadgets inside. I know because my father had one just like it sitting in our garage before... before the fall. Before everything went to shit. Before I had to learn how to poach pretty cars out of mall parking lots.

In theory, ordinary cars are best—the kind that blend in. But I don’t have the luxury of time or lower risk. I’m on a payment schedule with dangerous people, and the Porsche will bring in big bucks.

So the Porsche it is. I already bought a totalled version at the salvage yard, so I have a salvage title. Now all I have to do is swap some parts out, including the VIN, and retitle this baby to sell.

Unfortunately, that means trusting a chop shop to do the swapping and cutting them in on half the proceeds because I don’t have the skills.

I plan to learn. In fact, I think I’ll see if the guy can teach me on this one, so the next car I can do on my own.

Like I own the house and job or father or husband that match this car. It’s a role I know intimately. Lived my whole life. Entitled. Cosseted. Spoiled.

My device does its work, and the locks pop. Another few seconds and the car revs, and then I’m driving wild and free.

Out of the parking lot. Onto the highway.

Up to Wolf Ridge, the weird-ass community just past Cave Hills.

Right where I landed when my dad went to jail.

I ride my 1984 Triumph to the shop after football practice because we’ve been slammed, and my brother and uncle need me around more than just on the weekends.