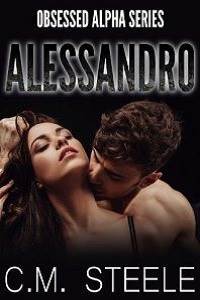 The exhibit on Pompeii and Herculaneum caused tears to pour down my face. I stared in wonder and overwhelming sadness as the past, filled with loss and pain, had been left frozen in place. It was beautiful and sad at the same time. Turning around to ask my tour guide about the exhibit, I realized the room was practically empty. I’d been so engrossed in the images that I’d lost my tour group.

Finally, grasping that they were nowhere in sight, I went looking everywhere around the building. The National Archeological Museum had several levels above ground and one below. For half an hour, I searched inside without a sign of anyone from my group. Not that I honestly remembered their faces. I called the number and left a message with the tour company to say I was lost and hope they’ll come looking for me. Finally, I asked the information desk at the museum, but they hadn’t seen them for about twenty minutes.

Taking a deep breath, I walked out of the building, hoping that I’d catch them outside before they loaded the tour bus to go back to the hotel.

A hard wind swept my hair in my face, reminding me that my hair was down and how hot it was. Today had been a record temp according to the guide, so I yanked my hair tie off my wrist and pulled my strands together in a plain ponytail. I had no intention of impressing anyone, so I didn’t honestly care if it looked a mess.

Sitting on a bench outside the museum, I stared at people passing by for any recognition. Several times, I pulled out my phone to see if I missed a message or call. Nothing. The phone said it had service. I tried the tour company again, but I got the same message.

Shit. The crowds moved around, spreading thin as the afternoon wore on and yet no one.

Getting off my ass, I crossed the street in the middle of the piazza to search. Shit. I didn’t speak Italian at all. Too embarrassed to ask for help, I wandered around for what felt like an eternity. Who went to a foreign country and not come prepared? Me. That’s who.

I was a fourth-generation Italian-American, and I thought perhaps learning my heritage might make me feel closer to my parents, who died in an accident last year.

In fact, I felt more alone than ever. I should have just gone to college and partied like the rest of my friends, but I let my grief consume me for longer than it should and unenrolled in my local college.

My parents left me a nice amount of money, but it wasn’t going to last. At nineteen, I had to find my way, my path in the world or something.

In my absentminded rambling, I passed by a bistro type place for the fifth time. A man was sitting at one of the small tables who caught my attention. I would have noticed him before if he’d been there because he was hard to miss. His caramel colored eyes reflected the sun’s rays, brightening the irises. His jaw had a thick layer of sexy dark black scruff that matched his short, coiffed hair. He was wearing an all-black suit. What was he thinking in this heat? Well, it looked incredible on him. Even without standing up, I could tell he was fit and strong.

Turning my gaze away from him, I focused on my mission to find my party or my way back to my hotel. I only stopped when a man in a dark suit approached me, trapping me between a small corridor off the street. “Excuse me,” I said, trying to get around him, but the man refused to step around me. I tried my best Italian and said, “Scusi. Parli Inglese.” I didn’t know if he’d laughed because I said it wrong or my makeup was smeared, but I wanted to kick him in his shins for doing it.

The sound of the slightest chuckle behind me caused me to turn around.

“Forgive my security.” A tall man nearly as large as the brute who blocked my path, stood there looking down with a smirk. Even with that cocky expression, he was hot. The shadow of his man behind me blocked the sun, giving me a perfect view of the sexy man in front of me. It was the man from the bistro.

I swore that the wetness pooling between my legs was from the heat of the day and not from the burning lust in his eyes.. Suddenly, my fear, pain, and panic disappeared, transforming into pure unadulterated passion. I couldn’t even speak, losing myself in his light, honey-colored eyes. They drew me in like a predator luring his prey to their fate. “I’m sorry. I just need to go.”