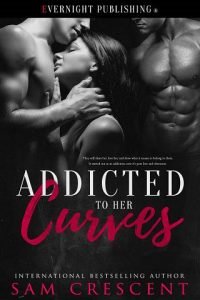 Beau Caine watched the sexy, buxom brunette behind the bar as she reached up to the tallest shelf to grab a beer glass. The only reason he ever came to Connie’s Place was for the owner herself. Connie Reeves. Sexy as fuck with a nice, round ass, big tits, nice thighs, and every time he looked at her, all he wanted to do was fuck her. She was a tough woman, but a nice one.

Everyone came to this bar for the company and good food, and it was just a nice place. Sure, fights broke out, but they were easily handled, and in most cases, the damages were paid for by the men who’d caused the problem. Even if they weren’t, he imagined there would be some kind of pool to help pay for any damage.

Connie had a heart of gold. She spun around, and her full brown hair cascaded around her in ringlets. The smile on her lips was always there. She nodded her head at whatever one of the customers was saying before she threw her head back and laughed, then shook her head.

“You’re drooling,” Scott James said, coming to sit beside him. His one true enemy.

Both of them wanted Connie. Neither would admit defeat and so they were constantly hanging around the bar, trying to gain her favor. Of course, she’d not given either of them a single inch.

“You shouldn’t be here.”

They shared some of their nights. His were Monday and Wednesday. Scott’s were Tuesday and Thursday. Each of them using their own independent night to claim this woman. It was fucking crazy and so far, neither of them had been successful. He knew from rumor how Scott helped to break up many fights for her. Friday, Saturday, and Sunday were all of their combined dates. No one could take the other off them. They were always here, by seven, until closing.

One of the barmaids arrived and Connie took the time to start cleaning up the bar. It was only past ten, but she liked to keep shit tight. She had a tray in her hand and started to gather the empty glasses and empty chip bags. There were also trays of food.

Every now and then, some of the women and guys would stop Connie to have a chat. This was just how she was. No angry wives or any kind of animosity. He did know when she arrived on the scene over five years ago she did have a run-in with a wife. One of the men’s wives found her in the supermarket and gave her a black eye, after which Connie took a baseball bat to the wife’s car and the husband’s, forcing the bastard to admit nothing was going on. She then demanded an apology from them.

He and Scott both finished drinking their beers and handed the glasses to her.

“How about I help you with that?” he asked, getting to his feet.

“A pretty lady like you shouldn’t be carrying around a tray like this,” Scott said, going to her other side.

“Boys, please, seriously, tone it down a little, yeah? I do this for a living, every single night. Don’t sweat it.” She swatted their hands away and moved to the next table.

“Fuck, what I wouldn’t give to have her next to me at night,” Scott said.

“Not going to happen.”

“We’ve been playing this dance for months. It’s not going to happen. Let’s face it, she’s not interested in either of us.”

“Doesn’t matter. I like watching her.” Beau wasn’t lying. He’d give anything to just have her in his sights. Yes, he wanted his hands on those curves but for now, he was more than happy to just watch her. She was beautiful.

The night wore on and he only had a couple more beers. He really should go home because he had an old classic car to work on tomorrow as part of an ongoing project for one of his customers, but he wasn’t going to give up the opportunity of being alone with Connie.

“Don’t you have somewhere else to be?” he asked. “Your gym won’t take care of itself.”

Where he owned his own mechanic shop, Scott had the one and only gym in town, complete with a pool, personal trainers, weightlifting, and anything that required any kind of effort in losing weight.

“Could say the same about you. Don’t even think of trying to make this about me. I’m not going anywhere. The bonus of owning your own place is you’re the boss. I’ve got no one to bow down to.” Scott sat back as if he had all the time in the world.

If that was the case, he’d be doing exactly the same.

They watched, waited, and by the time the last customer left, they were already helping Connie with the bar.