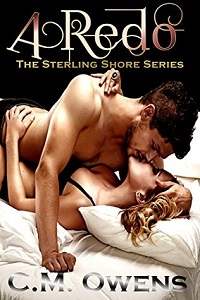 Hey, Wren, it’s me—the girl you fucked in Cancun seven years ago. By the way, you have a six-year-old daughter because of that night. I couldn’t tell you then because you left me with a fake name, you asshole. But now I’m telling you. Even though I hate the very sight of you, you still need to be a father because Angel deserves one.

Yeah… That’s probably not the way I need to tell him about my… I mean, our daughter.

I groan while tossing the lettuce into the shopping cart, wishing there was a manual to tell me what to do. Do they have brochures for this screwed-up situation? Doubtful. Only my luck can be this bad.

For months I’ve been stewing over what to do since I found him by fluke.

I never thought I’d find him, and now I’m living in his city. How can I speak to him? What should I do?

On one hand, I should be an adult. I know that night wasn’t supposed to turn out like it did, and he didn’t deliberately impregnate me.

On the other hand, I can’t help but loathe the very sight of him. And the bastard did give me a fake name!

Abhorrent as his actions were, I’m even more disgusted with myself for just jumping into bed with a guy that I only knew for a few hours. What did I expect?

No. I won’t shoulder this blame. I won’t. I refuse. I might have made a poor decision, but he made a worse one by lying about his name.

I would have contacted him immediately if I could have. Stupid, jackass liar. When did my life get even more complicated than it already was?

And Angel is caught right in the middle of our bad decisions. It’s not her fault, and I don’t have the right to deprive her of a father just because of my own pride and hurt.

As I move down the canned food aisle, I start running through everything that could go wrong. What if he wants to try and take her away from me? What if he breaks her heart? What if he doesn’t want anything to do with her? What if…

Shit. I forgot to grab juice.

Abandoning my shopping cart in the aisle, I jog back to the end to grab the juice, but I slam into a hard body before I ever even get close.

“Holy shit!” I gasp when I start to fall, but strong arms wrap around me, tugging me toward that incredibly warm, strong body that I’ve just collided with.

My body tingles against his touch, and I mentally count the days since I last enjoyed someone’s touch this much… Shit. I can’t count that far. Especially when I’m distracted by the strong chest in front of my eyes. Even though he’s wearing a shirt, I can see lines of muscle, and I have to stop myself from running a hand up the stranger’s body.

A strong, masculine scent mixed with some delicious cologne winds around me, and I get lost in two sensations—touch and smell.

I’ve lost my mind, and I apparently miss sex more than I realized.

“You okay?” the voice prompts again, and I finally peer up from his chest, looking at him from under my lashes.

A subtle hint of sexy stubble lines the strong jaw above me. I normally don’t like facial hair, but that jaw has me seriously reconsidering my stance. The second I take in his face, my color drains, my body stiffens, and my breathing stops.

This world can’t be that small. It’s not possible.

“Should I get some help?” he asks, concerned, and my gaze lingers on his lips.

This can’t be real. He’ll remember me any second now, and I can’t seem to put words together to explain things before he gets the wrong idea.

He continues holding me against him, tipping my chin up, and my breath catches in my throat when he gives me an easy grin. How can the snake look so tempting when I’ve felt the brutal sting of his venomous bite before?

“I’m Wren,” he says, that smug look of his irritating me now.

“We’ve met,” I say bitterly, stepping back. Okay… so stepping is not so easy. It’s more of a wobble.

Internally, I curse my legs for turning to rubber.

“Is that so?” he asks, smiling bigger while propping up. “I doubt it. There’s no way I would have forgotten you. What’s your name?”

“Allie,” I say with a tense jaw, glaring at the bastard who continues to smile, seeming unaware of the fantasies running through my mind—fantasies of castration and throat punching, not dirty fantasies. Nothing dirty at all.

You hate him, Allie. Don’t get fooled again by the skin.