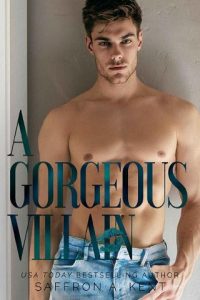 PS: Please note that in order to fit the plot and the timeline some things such as high school soccer season and Juilliard admission process have been altered.

He has beautiful gray eyes, gunmetal gray that sometimes glow in the night.

So much so that people call them wolf eyes.

His jaw is sharp and angled, a true V, and his skin looks like priceless marble. Again, so much so that people say he’s got wintry, vampire skin.

They say he’s got magic, dark magic, running through his veins.

If a girl so much as looks into his pretty wolf eyes, no one can save her from falling for him.

No one can save her from getting her heart broken either.

Because he never falls. He is mighty. Everyone knows that.

He’s a heartbreaker. A player.

People say he doesn’t even have a heart, or if he does, it’s pitch black.

But he knows how to toy with yours.

He knows how to play with it. How to toss it up in the air just for fun and how to tie it up with strings and play with it like a puppet. And when he gets bored, he knows how to let it slip through his fingers and drop on the ground, breaking it into tiny little pieces.

They can’t help but come back to the Wild Mustang.

Or the Mustang for short.

That’s what people call him. That’s his soccer nickname.

Soccer is quite popular in our town. In fact, he’s the soccer legend of Bardstown High. And he’s as majestic and magical as an untamed mustang. As reckless and edgy and completely mesmerizing.

Although I don’t call him that.

The name that I get to call him is something completely different, something that I’ve come up with after a lot of deliberation and thought: a villain.

That’s what I call him.

A Gorgeous Villain, actually. Because well, he is gorgeous, but he’s a villain, and I have good reason to believe that.

Four overprotective, overbearing, older reasons. My brothers. Who hate him with all the fire in their hearts.

Well, not all of them hate him with all the fire in their hearts. Only one of my brothers does, Ledger. The other three just hate him a normal amount.

Why does Ledger hate him the most though?

Because the Gorgeous Villain is Ledger’s soccer rival.

My brother plays soccer too and he’s a legend in himself. They call him the Angry Thorn, because my brother is a hothead and our last name is Thorne.

Anyway, they both play for the same team. And should potentially be friends and have the same agenda.

However, they aren’t–friends, I mean. And they don’t have the same agenda, at all.

Probably because they’re both forwards for Bardstown High. One is left wing and the other is right and basically, they’re supposed to help each other.

But they don’t because they have this ongoing, age-old contest, where whoever scores the most goals in the season wins.

It’s a matter of pride and honor and a whole lot of testosterone.

I don’t know how it got started, this contest, rivalry, whatever you want to call it, but they both take it very seriously. Their whole team, which is divided into my brother’s camp, the Thorn camp, and his camp, the Mustang camp, takes it seriously as well.

So does the whole town.

Whoever wins this unofficial contest becomes the reigning champion. This year it’s my brother – he won by one measly goal last season – who also happens to be the captain of the team.

Which means free drinks, free food at local restaurants, posters on park benches and light poles. Back pats from people on the street and of course, all the attention from girls.

Trust me when I say that these two will go to any lengths to be the winner.

They’ll do anything to mess with each other, ruin each other’s game on and off the field just so they have a better chance of scoring goals.

And for years I’ve heard about it, about their rivalry, about him.

I’ve heard how corrupt he is, how evil and twisted. How he’d do anything to win at soccer. How much of an asshole, douchebag, bastard, motherfucker, and all those things he is.

Besides, my brothers curse enough for all of us.

Hence the name: A Gorgeous Villain.

A little personal confession: I don’t like soccer. Not at all.

I think it’s boring and I’d rather be home right now, either baking cookies or cupcakes, or knitting in my favorite armchair by the fire. Two of my favorite things to do.