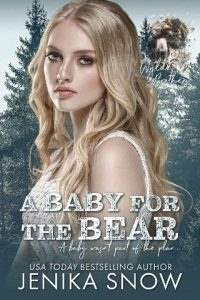 February “Ary” Felina looked over at Melissa and rolled her eyes. “Of course you do. It isn’t like it’ll be you that’s putting yourself out there for rejection.” Ary took a long swallow of her Sex on the Beach and glared at Melissa and Candace.

“Why do you think you’ll get rejected?” Candace asked right before she sucked her piña colada through the bright-pink straw.

“Because that asshole Frank told her she wasn’t any good, which, I’ll add, I would have been happy to kick him in the balls for that one.” Melissa didn’t mince her words, and Ary loved that about her. “Besides, what do you expect from a jackal shifter? Jackals are always assholes if you ask me. You remember Chuck the Big Old Fuck?”

How could any of them forget? Usually, Melissa only dated wolf shifters, but she’d given Chuck, the douchebag, a chance, which only ended up in him sleeping with her cousin behind her back at her sister’s wedding.

It was true though. Ary stayed in the verbally abusive relationship with Frank—the jackass jackal, according to Melissa—for a year too long. Everything started out great, but of course nothing in her life could go the way she wanted it.

First, there had been the subtle hints she should watch her portions at dinner, and then it escalated to Frank “jokingly” calling her plain and homely in front of his friends. So what if she was Plain Jane all the way? She loved her body and looks, and the person she spent her life with would love them as well. That she had no doubt about.

Maybe she should have just stayed with her own kind, or even with a human. They were weaker than even her, a female shifter, and tended to find being with shifters some kind of kinky oddity.

But to be honest, male ocelot shifters were too clingy and submissive for her liking. February had always wanted a guy who could take control, but apparently she looked in the wrong place where jackals were concerned.

This was her thirtieth birthday, after all, and Ary had grown comfortable with the way she looked. She loved every aspect of herself, and it was a damn shame the jackal fucking shifter hadn’t seen the beauty in that.

So, she called it quits with Frank, especially when he continued to make comments about her looks in front of his buddies, who laughed like they were high on nitrous oxide. She’d broken up with him a week ago, and now she was ready to put his sorry ass behind her and move on.

She might have the self-confidence now, but that didn’t mean she still wasn’t a woman who worried about rejection from a guy for putting herself out there.

“It isn’t even about Frank, guys.” And it wasn’t, really, but the looks her two wolf shifter best friends gave her told February they didn’t fully believe her. “It’s true. Anyway, you can’t tell me you don’t have a moment of hesitation when confronting a man. In fact, I know you two like to be sniffed at and approached like you’re some kind of prize.” Both looked at each other, and Ary had her answer without them having to say a word. “Yeah, that’s what I thought.”

They both shrugged, and Melissa leaned forward. “Okay, change of subject then. What else are you going to do to celebrate the big three-oh, Ary?”

“Can’t we just sit here and enjoy our tropical drinks without you going all sex-crazed?”

Melissa grinned in a purely wolfish way and shook her head. Ary loved these girls like they were her sisters, but sometimes she wanted to wring their necks, especially Melissa. Ary had known them since high school, and when the three of them stood in the cafeteria that first day of freshman year, each of them looking scared shitless, they found a friendship like no other that very moment.

It was hard enough living in a world where some humans could shift into animals, but tack on the fact that she couldn’t find a decent man, and well, that just made it even more frustrating. She was getting older too, and February would be lying if she said she didn’t look into the future and see herself with a wonderful husband and a handful of children.

“Hell no, we can’t just sit here and drink these frilly-ass drinks. You’re thirty years old now, and let’s all be honest and admit you’re not getting any younger.” Ary glared at Melissa and noticed Candace sitting smartly quieter to her right.

“I’d like to remind you that you’re the same age, bitch.”

Melissa grinned and leaned back in her chair. She gestured for the waiter to bring them another round, which February objected to.

“Melissa, I do have to drive home tonight.”

“Not if I can help it. My goal is to get you in the car with a hot—and safe—male.” She looked around the bar and tapped her perfectly red painted nail on her chin. “Although we are in Sweet Water, so that might be harder than it sounds.”