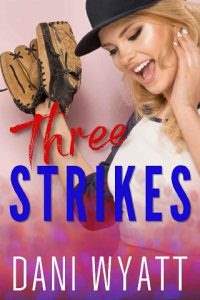 I never believed there was some great tipping point in life where you find your center. Where you start to feel content.

It’s more a long series of bumpy roads that eventually wear out your emotional shock absorbers.

That’s what I believed down into my soul until last night, when I saw the angel that has me questioning whether maybe I’ve had it wrong all along.

It’s all still running through my head as I arrive at my weekly Saturday morning pancake breakfast at my brother Tor and his wife Natalie’s place. I’m early because I headed straight here after an all-night poker game. Being early won’t matter, because here everyone is up fucking at the crack ass of dawn because they’ve been popping out kids since they met four years ago, and apparently, kids do not believe in sleep.

That is one of the only things I have in common with kids. I don’t sleep. I do whatever possible to avoid it. I hate dreams. Ever since I took a line drive to the head playing college baseball, the dark claws of nightmares straight from hell have dug into me.

In the dreams, I’m usually fighting for my life against some black figure. Smothering and flailing at the air, screaming and kicking. When I came home from the hospital to recover from the injury, one night I punched my mother in the eye as she tried to wake me, thinking she was the shadowy demon from my dreams. I could have fucking killed her with that punch. She never got upset or shamed me for it, but I never forgave myself and have done everything in my power to avoid sleep ever since.

So, running on no sleep is nothing new. It’s that I can’t stop thinking about the glimpse of the blonde goddess from last night. My head is pounding along with my dick and I hate myself for not bailing out of the game last night to follow her.

“You take the table? Or,” My brother Tor sizes me up on a low chuckle, “looks more like the table took you.”

I growl into my palm, knowing there is no use faking it with him. He’s two years older nearly to the day, and we are more like twins to be honest.

It’s annoying as fuck he can practically read my mind and vice versa. I pull down my Ray-Bans and take what’s coming.

“What the fuck?” He laughs. “I sure hope to shit the other guy looks worse than you.”

“There was this distraction.” I shake my head, trying to get the image of the blonde’s spankable ass and life-changing tits from last night to leave me the fuck alone for just a few seconds. “Man, I’ve never been distracted by a girl before.”

I look at my watch. It’s been eight hours, thirty-six minutes and six seconds since I saw her walking out from the hallway at the penthouse where I was in a hundred grand buy in Texas Hold ‘Em game. I got maybe a three second look at her while she looked back, held my eyes, then turned and made her way out the front door.

I don’t know what she was doing there. The group is always men. Not that a woman couldn’t join in but the guy who runs this particular game, Niko Farkas is a misogynist of the highest order so inviting a woman to play would be a huge no go for him.

She was so fucking gorgeous, with wavy ivory hair brushing her shoulders and pink lips that made me dream of spending a lifetime kissing her. I figured she was one of the other players’ mistresses or evening’s entertainment, which only fucked with my head more.

I should have thrown in all my fucking money and followed her. I tossed out a few questions about who she was, but none of the guys seemed to know and the host wasn’t giving anything up either. So now, I’m practically standing on my head wondering how a three second glance at a woman has me hard as lead and ready to burn down the fucking city to find her.

After that, I was in a foul fucking mood and one of the regulars, Dimitri, a douche in a silk suit and too much cologne, was busting my balls. That I could take, but when he snapped his tongue and dropped a comment about pounding out his frustrations on the juicy piece of ass that just disappeared out the front door, I nearly choked him out.

Took two security guards to pull me off him. Then, I took them on. One of them landed a hard right to my eye but I got mine in as well. I left one of them missing a tooth and the other puking out his Hawaiian pizza before I got my shit back in order. It wouldn’t have been much longer before they pulled out the hardware and I ended up with a bullet in my forehead.