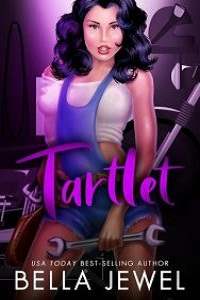 “YOU’RE MAKING A MISTAKE,” Becky cries, shaking her head as she charges out the door after my father, who, right now, couldn’t give a crap about her little performance.

I’m not going to lie, I didn’t think he’d give me the job. After all, I’m the disappointment of the family and he doesn’t trust me, not one single bit. I think the problem here is, he has nobody else to do his dirty work in this case and he’s left with little options. I’m an unknown, someone who flies under the radar. Hell, most people don’t even know I exist. I’m the perfect girl for the job, even if sweet Becky doesn’t agree.

My sister is as stuck up as they come, the spoiled little rich girl who has had everything her way her entire life. Nobody ever tells Becky no, and, usually, my father is one of them.

Today, Gabby comes out on top.

I’ll get the information he needs, merely to prove a point. I couldn’t give two shits about the biker club down the road; I only care about making my father see that I’m far better than the princess he puts up on his throne.

I wonder sometimes if I’m even his child, though when I think of it, I figure if I wasn’t his child, he would have long since thrown me out. Especially after our mother passed. Since then, Daddy Dearest has done nothing but paint the town white with his sperm and become more and more powerful by the day. Did I mention the sperm? I’ve got plenty of siblings out there, I just know it.

Either way, if I wasn’t his, I wouldn’t be here.

So, I guess he’s stuck with me.

“Enough, Becky,” Father growls, spinning on her as he reaches the door. “We aren’t discussing this any further. I have so much fucking going on, I can’t deal with your whining.”

Becky looks to me. “You think this is funny, Gabriella?”

“Well, it won’t be funny when you go in there and they charm you, you fall in love, and end up with nothing.”

She throws her hands up, tears rolling down her cheeks.

God, she really took it hard.

I mean, that’ll happen when you fall in love with a biker. Also, when you’re married. Perhaps next time she might pick one or the other.

“You’re wrong, sissy.” I grin. “I’m not stupid enough to fall in love, oh, and I’m not married. How is dear Magnus dealing with this news? Does he know you’ve been unfaithful yet?”

“That’s enough,” my father orders, his voice booming. “Magnus doesn’t know, and he won’t be finding out. Becky, stop your sniffling,” he barks. “Gabby, you have twenty-four hours to show me you can get into that club. You do it, I’ll give you the job.”

“Dad!” Becky cries, but I turn and saunter off down the hall.

This is going to be a blast.

I just know it.

I STROLL OVER TO THE garage that everyone in town now knows is run by the biker club that has only very recently shown their faces around here. Quite a stir they’ve caused with the cartel, my father, and every other powerful bag of dicks in this town. I have zero care about their trading and what they do illegally, I myself have enjoyed a few illegal things in my time.

Who am I to judge?

Still, the club is causing tension that the town folk don’t like.

It’s my job to get in there, and I have just the thing.

I’m a mechanic, which is something nobody in my family talks about. When I decided that’s what I wanted to do with my life, my father lost his shit and refused to acknowledge me for months and months. He accepted me back, but he absolutely refuses to let me speak about my career choice. I’ve been out of work for six months, being unable to find a job around town, something to do with my wild reputation, I think. I was considering moving away, but now the garage has opened, I might just be able to get a foot in.

I walk up to the first person I see, and when he turns around, ho boy I’m taken off guard. I knew these bikers were good looking—everyone in town talks about them, especially my friends who often try to get into their parties—but I didn’t realize just how good looking we were talking. The man in front of me looks like a god damned Indian Soldier. Short dark hair, the most olive skin I’ve ever seen, and the darkest eyes mother nature could have possibly blessed him with. He’s perfectly built, tall and muscled, his bulging biceps moving as he works. The man is something else.

“Office is at the front,” he tells me, eyes scanning over my body.