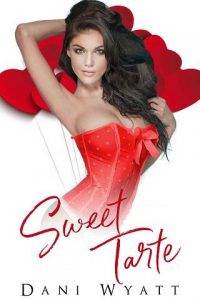 No matter how many times I repeat it to myself, my stomach turns and threatens to toss up the fried scallops with quail eggs and balsamic reduction I just cooked for my Making Magic From Scratch class this morning at the community college with my favorite teacher, Mr. Dudley.

“He’s a doctor, Victoria. I know it may feel odd he’s so much older. But you know he’s liked you for a long time. Men like him don’t come along more than once in a lifetime. Wouldn’t it be nice to not have to worry about money for once? I don’t know what that feels like, but for the first time, you could make it happen. For all of us. Think of your brothers. Don’t you want a better life for them? This could be our chance. He will take care of us all if you play this right. The one thing you have going for you is your looks. Your body gets lots of attention, you have to know that.”

My mother looks so hopeful as the 1989 Buick chugs and coughs as she accelerates from the stop light. I rub my lips together and tug at the hem of my sweater, wishing it was four sizes bigger so I could disappear into it instead of feeling like I’m popping out of it.

I don’t know why I care how I look. Going on a date with a fifty-seven-year-old anesthesiologist who has a habit of licking his lips whenever I’m around—and has since I was thirteen years old—is not my idea of fun. He’s a bit of a slumlord if you ask me. He owns the house we rent, along with a hundred other dumps scattered throughout Chicago which all magically qualify as Section Eight housing so he gets a nice check from the government every month. I know all about all the assistance programs, because since as far back as I can remember it’s how we’ve lived.

“Don’t get your hopes up.” I snap, looking out the window at the iron gates and manicured landscaping of the houses along Lake Shore Drive. “I agreed to a date, not a proposal.” What I should tell her is the only reason I agreed is because he said he had a table at Sweet Tarte.

It’s one of the best restaurants in the city, and somewhere I would never be able to go without someone like Dr. Roger Stumps. My dream is to cook somewhere like that, but from my failing grades in my first semester at the community college culinary school—despite my ability to create food that blows everyone else away—my chances are about as good as me being invited to join the local MENSA group.

My mother, however, seems to think landing a financial whale, so to speak, is our only hope to save her and my four brothers from a life of food banks and welfare visits.

“Just ask him to order for you. Tell him you trust his taste. Don’t try to read the menu in front of him. He doesn’t have to know...” She gives me a tense, sympathetic look. “You know. At least not right away.”

“What? That I can hardly read? That for the first ten years of my life I was in special ed? That I’m a retard?” I snap, the venom in my voice more than is called for, but she knows she’s poking at a sore spot—especially since I got my last warning today that if my grades don’t improve I will not be able to take classes next semester.

The next five minutes, she runs down her list of do’s and don’ts, and by the time we pull up into the parking lot, the hope in her face makes me sad.

“You should have let him pick you up.” She offers as I grip the door handle.

“I agreed to the date. Isn’t that enough?” I couldn’t stomach the idea of being in such a closed space with him. Whenever he’s been close, he smells like dirty clothes and Barbasol.

She reaches over and tries to smooth my hair, but I jerk my head away and open the door. “Just be nice! Cross your legs!” Her last words usher me out into the cold February air, the sun just lowering into the sky, hinting the clouds with pink and orange as I think of what a wonderful evening it would be for someone who actually wanted to be here.

What my mother doesn’t know, is we are fifteen minutes late. My little rebellion.

There’s a doorman that smiles and tips his hat with a gloved hand as I approach wearing my thrift store pumps. The sweater and skirt were nineteen dollars off the clearance rack at Fishers, the department store where Mr. Dudley, gives cooking demos, and he gets an employee discount, which he offered to me last week when we had coffee after class. He didn’t make a big deal out of it, but my limited wardrobe must have tipped him off that discounts could be my friend.